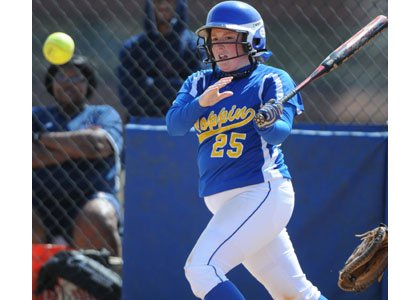 The honor of being student of the week is normally reserved for students in grade school but this week, we are making an exception due the nature of the great news coming out of Coppin State University. Nine Coppin State softball student-athletes were named Mid-Eastern Athletic Conference (MEAC) All-Academic selections for their academic success during the 2013-2014 academic school year.

Denlinger was named the Coppin State Female Scholar-Athlete of the Year during the annual awards banquet. She is also batting .295 with 16 runs batted in. Smith finished the year with a .297 batting average and an 11-game streak of reaching base in consecutive games. Ziller has hit three home runs this season for Coppin State.

It just goes to show you these students care about their education. Congratulations for being our Indie Soul “Students of the Week.”