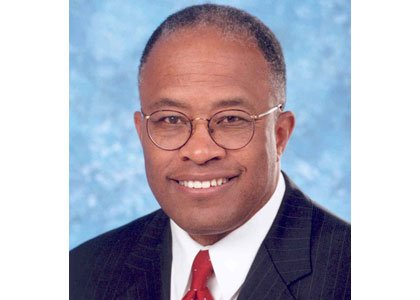 ADELPHI, Md. — James L. Shea, chairman of the University System Maryland (USM) Board of Regents, announced the board's appointment of Kurt L. Schmoke as the president of the University of Baltimore (UB), one of USM's 12 institutions. Schmoke is currently interim provost and general counsel at Howard University. He served as dean of the Howard University School of Law from 2003-2012 and as mayor of Baltimore from 1987 to 1999. Schmoke will join UB as president in July 2014.

"Kurt Schmoke has a wealth of higher education, legal, public policy, and community service experience that will serve the University of Baltimore and the University System of Maryland extremely well in the years ahead," said Chairman Shea. "With his knowledge of the City of Baltimore and the surrounding region, he will be able to have an immediate impact on enhancing opportunities for students, faculty, staff, and the city. The Board of Regents is confident that he will be an effective and successful leader."

Schmoke said, "I am thrilled and honored to be selected as the next president of the University of Baltimore, an outstanding higher education institution located in a great city and a great state. Offering a high quality education at an affordable cost has been a hallmark of the university, and I am committed to continuing that tradition. I look forward to working with faculty, students, staff, alumni, and friends to make a great university even greater."

During the past 11 years, Schmoke has served Howard University in several capacities.

Previous to his appointment as interim provost and general counsel, he was dean of the university's school of law from 2003 to 2012. During this period, he focused on increasing bar exam passing rates and expanding the clinical law program to emphasize matters of environmental justice, fair housing, and civil rights. He also has served as Howard University's deputy provost of academic affairs and director of government relations.

"Kurt Schmoke has an outstanding record of accomplishments and he understands that the University of Baltimore's mission is closely aligned with the advancement of the city," said William E. Kirwan, chancellor of the University System of Maryland. "He is interested in pursuing even more UB collaborations with the city and the region."

From 1999 to 2003, Schmoke was partner in the law firm of Wilmer, Cutler & Pickering in Washington, DC. As mayor of Baltimore for three terms, from 1987 to 1999, Schmoke initiated several programs in the areas of housing, education, public health, and economic development. His previous positions include state's attorney for Baltimore City (1982-1987), assistant U.S. attorney for the District of Maryland (1978-1981), assistant director of the White House Domestic Policy Staff (1977-1978), and attorney with the Piper and Marbury Law Firm (1981-82 and 1976-77).

Active in the community, Schmoke chairs the Board of Trustees of the Howard Hughes Medical Institute and serves on the NCAA Counsel Advisory, Carnegie Corporation of New York, and the Hippodrome Foundation of Baltimore boards. On the corporate level, he is a member of the boards of directors of Legg Mason, Inc. and McGraw Hill Financial. He also is a member of the Council on Foreign Relations.