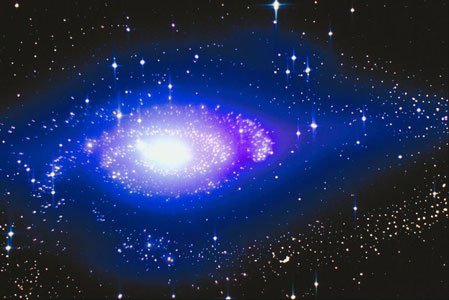 (NNPA) — As someone who was a fan of the original Cosmos series, hosted by the late Dr. Carl Sagan, I was excited to see what Dr. Neil deGrasse Tyson would do with the concept. If you never watched Sagan’s PBS series in the 1980s, it was an introduction to the universe.

It was an attempt— successful I might add— to make science not only interesting by accessible.

Tyson, an African American scientist who has become a familiar face to many, is a worthy heir to Sagan. Working with the former executive producer of Star Trek: The Next Generation, Brannon Braga, Tyson tackles some of the most important issues of science— and life— such as the age of the universe and planet Earth, but also the struggles that have taken place throughout history against ignorance, prejudice and superstition.

He and the series are very respectful of different religious views and introduce a broader sense of the history of science than we normally receive. By way of example, early in the series he acknowledges the immense contributions to science made in the Muslim world, a fact that is often dismissed by those who wish to suggest that the Muslim world has offered little.

One of the most unusual features of the series is to note which station is broadcasting it: Fox, on Sunday evenings (and National Geographic on Mondays). The messages coming across from Cosmos are antithetical to most of what one associates with the Fox network. Tyson is prepared, for example, to openly and respectfully challenge those religious fundamentalists who claim that the Earth is between 5,000-6,000 years old, whereas the actual age is around 4.5 billion years. He also helped the viewer understand that in the process of studying the age of the Earth, scientists were also able to uncover the danger of lead in the environment, which ultimately led to its removal from fuels. These are not tidbits that one would expect on a Fox series and I keep wondering how long the series will air.

Tyson was quite open in acknowledging his deep admiration of the late Carl Sagan. In fact as a teenager, Tyson met Sagan and spent time with him one day in Ithaca, N.Y. Tyson understands, as did Sagan, that science is too important to leave with the scientists. In fact, science can be explained in a way that is comprehensible to the larger public. In making it comprehensible, Tyson— like Sagan before him— has placed a mighty instrument into the hands of the public. It is through that instrument that the everyday person cannot only grasp many of the challenges facing humanity, but they can also be part of creating the answers in order to save the planet.

Bill Fletcher, Jr. is a racial justice, labor and global justice activist and writer. He is the author of “They’re Bankrupting Us” – And Twenty Other Myths about Unions. Follow him on Facebook and at www.billfletcherjr.com.