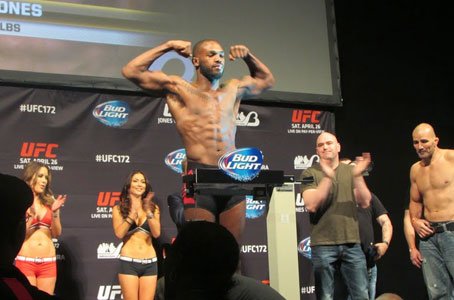 BALTIMORE — On Saturday, April 26, 2014, the Baltimore Arena in downtown Baltimore City played host to the Ultimate Fighting Championship (UFC). There were great fights on the card but the one everyone came to see was Jon Jones vs. Glover Teixeira.

Jon Jones didn’t disappoint as he dispatched Teixeira as if it was a walk through the park. The judges scored the fight 50-45 Jones. Jones is as professional as they come even though in the UFC he is often ridiculed or labeled a cheat.

“You know I try to just avoid the noise and do the best I can do and be that person who represents in a positive way and not get caught up in everything around me,” said Jones.

Yet even champs, sooner or later respond. For instance when Jones was accused of putting his fingers in the eyes of opponents, he responded with a tweet mocking fans, but later removed the comment from his account.