Black voters are not apathetic 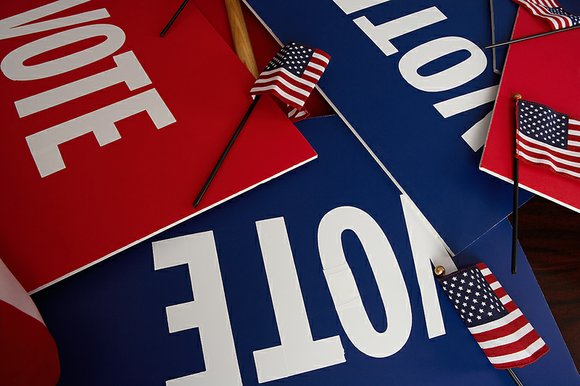 The 2014 election year should be a voting “payback” year for Black America. Elected officials and politicians across America who have voted and acted against the economic, political and social interests of the Black American community should be voted out of office in the November 2014 midterm elections. Democracy requires civic participation by all people to ensure fairness, equality and justice.

Too often we just moan and groan about what the forces of American racism and repression continue to do to perpetuate racial discrimination, injustice, poverty and inequality. But when election time comes around, there are still too many Black Americans who are eligible to vote who simply do not vote. But that is not because of apathy. It is because there is an underestimation of the transformative power of Black American maximum civic participation. In other words, we simply undervalue the power of our vote.

We need to better understand and comprehend the importance of the strategic opportunity and responsibility for the Black vote to determine the outcome of the midterm elections in key swing states such as North Carolina, Virginia, Florida, Ohio and Texas. Of course, there are members of Congress and state legislatures who are hoping that there will be a low voter turnout this year among Black Americans.

Some of us have forgotten the awful and bloody price that was paid during height of the Civil Rights Movement to get the Voting Rights Act of 1965 enacted into law. The recent rulings by the U.S. Supreme Court have significantly eroded the enforcement of voting rights protections. Coupled with the massive voter suppression actions by the Republican Party in those states where Black Americans and Latino Americans are concentrated is necessary to fight back now.

A major contributing factor to the mainstream media illusion about the so-called rise in Black American voter apathy is that their polling of persons of color is very often inaccurate and superficial. That is why media organizations such as the National Newspaper Publishers Association (NNPA) should do its own national polling of the issues and interests of Black Americans.

The truth is that Black Americans are not apathetic about voting. Yes, some are very disappointed that we have not made more progress in America toward ending poverty and economic inequality. But that does not mean that we are going to have a downward trend in voter turnout. The facts are that in 2004, 2006, 2008, 2010, and in 2012 the overall percentage of Black American voter turnout has been on a steady increase. So, it is important that we do not fall for the false hype about low voter turnout. We have to work hard and we have to work smart to help Get-Out-The-Vote (GOTV) across the nation.

One the most extreme examples of voter suppression of Black and Latino voters is now going on in North Carolina led by right wing Republicans. Early voting had been reduced and new voter ID laws have beenenacted by the state legislature.

Issues of major concern included the discriminatory justice system and the disproportionate mass incarceration of Black Americans throughout the state. Thus, it was important to have fair minded judges on the North Carolina State Supreme Court to help resolve and end the pattern of mass unjust incarceration of Blacks. The pundits in North Carolina had predicted that Tea Party candidates and other conservatives would use the state primary elections on May 6, as an opportunity to put more right-wing judges on the State Supreme Court.