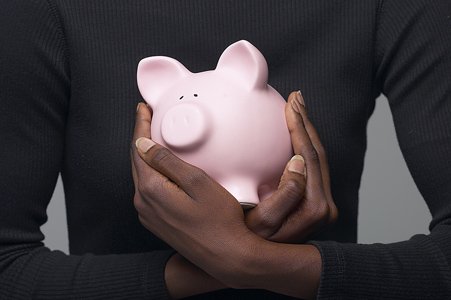 (NNPA) — After waiting for more than a year for a hearing on a bill that would reform how small dollar loans operate, six U.S. Senators have now taken their concerns to the Consumer Financial Protection Bureau (CFPB). A May 14 letter to CFPB Director Richard Cordray lays out how rulemaking could accomplish much of what proposed legislation has aimed to do.

Speaking in a united voice, Senators Jeff Merkley (Oregon), Dick Durbin (Illiois), Tom Harkin (Iowa), Tom Udall (N.M.), Richard Blumenthal (Conn.) and Elizabeth Warren (Mass.) said, “Sadly, the evidence shows that these loans trap consumers in a cycle of debt in which consumers end up owing more than the initial loan amount – an appalling practice that exploits the financial hardship of hard working families and exhibits a deeply flawed business model that does not consider borrowers’ ability to repay the loan.”

As sponsor and co-sponsors of the pending Senate Bill 172, Stopping Abuse and Fraud in Electronic (SAFE) Lending Act, the lawmakers urged CFPB to include the bill’s provisions in its rulemaking. Despite being assigned to the Senate Banking, Housing and Urban Affairs Committee since January 2013, no hearing has been held on the SAFE Lending Act. Should CFPB embrace the lawmakers’ request, its new rules would achieve many of the same lending reforms.

The letter’s timing is also significant, following a CFPB public forum in Nashville in late March. That event coincided with the Bureau’s release of its own payday research. After analyzing 11 months of borrowing at 12 million storefront locations, CFPB confirmed that the industry relies not on individual borrowers’ ability to quickly repay, but on their inability to repay, resulting in individual borrowers taking out many loans each year.

Additionally, CFPB found that four out of five payday loans are rolled over or ‘renewed’ within two weeks of when the borrower paid off a prior loan. Further, more than two-fifths of payday borrowers who were paid on a monthly basis – most of whom were public benefits recipients, including those on Social Security – had 11 loans in its 11-month study period.

Earlier, research by the Center for Responsible Lending (CRL) found payday borrowers are annually charged $3.4 billion in fees alone. The typical borrower takes out 10 payday loans in a year at interest rates averaging 391 percent over a year’s time.

Importantly, the Senators urged CFPB to include more small-dollar loans, not just payday, in its reforms.

“Although your authorities may differ from that of the states, one especially critical lesson is that laws should apply not only to payday loans but also to auto title and other consumer loans. This broad scope of coverage has been essential to ensuring that regulating predatory payday lending does not create opportunities for similarly harmful products disguised in different formats. We urge the CFPB to follow a similarly broad approach for any rules it crafts in the small dollar lending market.”

Auto title lenders take title to the borrower’s car for security rather than direct access to the borrower’s bank account, as payday lenders do. CRL’s recent policy brief highlights these lenders’ routine disregard for borrowers’ ability to repay (http://lnkd.in/bbEmSVJ).

By broadly addressing the varied forms of these small-dollar loans, CFPB’s rules would deliver reforms that would benefit consumers who reside in states where payday lending still allows triple-digit interest on debts.

Since 2005, no state has authorized high-cost payday lending. In fact, when voters have been given the opportunity to decide whether to allow or ban triple-digit payday lending, the overwhelming voter sentiment has been against payday. Arkansas, Arizona, Montana and New Hampshire are among the most recent states to ban this form of high-cost lending.

“Predatory payday lending has taken advantage of the fragile financial position of far too many hard working families”, wrote the Senators. “We encourage the CFPB to move as quickly as possible to propose rules that put a stop to predatory small-dollar lending practices, while preserving safer, more affordable alternatives.”