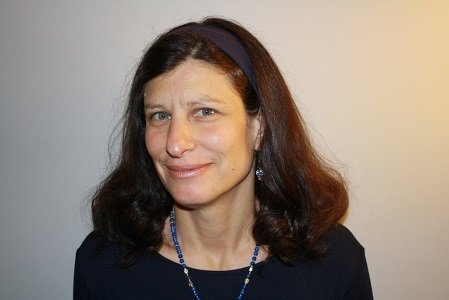 Susan Bodnar is a clinical psychologist who works with people from diverse backgrounds and teaches at Columbia University's Teachers College and at The Stephen Mitchell Center for Relational Studies. Susan Bodnar

(CNN) — In my family, I'm always bringing up stories from the past, our family's story, our diversity.

My daughter often rolls her eyes. "We don't need to keep talking about this stuff. We get it."

My son admonishes. "We know!"

In truth, their schools have done of a good job trying to make their population more closely resemble our country and our world. My kids have friends of all races, cultures and social classes.

However, as a female white mom married to a male white dad with two biologically conceived white children, I'm trying to make a different point.

I want them to understand that light skin color is not the norm from which everyone differs. White is not the signifier of normal.

Many white kids take diversity for granted. They have worked hard to overcome stereotypes and bias and to accept other people as different.

The fact that they may be someone else's diversity rarely occurs to them, let alone most white adults.

Three influences have altered my white-centric perspective: my psychology students, the people with whom I work in my clinical practice and the diversity work of both my kids' New York City private schools.

Some of my psychology students wanted to write a children's book where every character had a different identity. Children's books generally feature characters of one race or ethnicity, not multiple identities in interaction with one another. When we finished our first draft, we realized our characters had become very close friends. They each came from a different place but everyone had came from somewhere.

Skin color doesn't define personhood, but since race is a marker of identity in our society, the experience of personhood includes having to deal with the meanings others attribute to racial identity.

Protected by the privacy of a clinical relationship, beautiful black and brown women have shared how ugly they feel. Gentle dark-skinned men convey the humiliation that overcomes them when white people mistake them for dangerous criminals.

Since whiteness has become synonymous with a better life, it is easy for any lighter-skinned person to use skin color as a shield against hurtful stereotypes about social class, gender, sexuality, family history or even mental illness.

When white people deny their own embarrassing identity markers, we perpetuate the hypocrisy that only people of color have these problems.

As a psychologist -- no, as a person -- recognizing status and identity anxiety as a mutual experience lifts the veil that ordinarily separates us from each other.

This year, the parents association at one of my kids' schools named me co-chair of the diversity committee. I felt so self-conscious.

Group leadership called forth a greater reckoning with my identity than simply participating in a committee. It also provided me the chance to experience being a minority member of a group.

Sometimes I sat as the only white person at the table feeling really insecure, worried that I would be seen as a white stereotype instead of as myself.