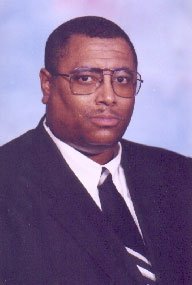 Reverend Ronald Myers is founder and president of the National Juneteenth Observance Foundation.

A bill requiring the governor to annually proclaim June 19 as “Juneteenth National Freedom Day” was signed, making Maryland the 43rd state to recognize the African American commemoration of the end of slavery.

After it unanimously passed the state Senate and House, Governor Martin O’Malley signed the bill on Thursday, May 15, 2014 and it takes effect on Sunday, June 1, 2014.

“In the home state of the hero and abolitionist Frederick Douglass, this is a huge moment for the movement,” said the Reverend Ronald Myers, the leader of a campaign to make Juneteenth a national observance.

“This is a big day for all of us because of Maryland and now we must continue to press on until every state recognizes this and Juneteenth is a observed the way other holidays in this country are recognized,” said Myers, who is also a medical doctor and founder and director of the Myers Foundation Christian Family Health Centers which provide care to the poor and underserved in communities throughout the south and other areas.

Juneteenth, or the 19th of June, recognizes June 19, 1865, when Union Gen. Gordon Granger announced in Galveston, Texas, that all slaves in the last southern state were free. The announcement came more than two years after President Abraham Lincoln issued the Emancipation Proclamation.

“The news of freedom was met with shock and joy, and in subsequent years the now free men and women began to celebrate the day they heard of their freedom with their descendants,” State. Rep Melvin Stukes (D-Baltimore), who serves Maryland’s 44th District, said in composing the bill. “Although it declined in popularity during the early 20th century, there has recently been a resurgence of interest in the holiday and several presidents have also observed Juneteenth.

Myers says he particularly thanks Stukes for leading the efforts in Maryland and he is optimistic that other states will also pass legislation to observe the holiday.

Currently, there are seven states that do not recognize Juneteenth including Arizona, Hawaii, Montana, New Hampshire, North Dakota, South Dakota and Utah.

“It seems to me that this is an opportunity to recognize and honor an important tradition in the history of African Americans, and it’s hard for me to see why anyone would object to New Hampshire doing this,” Clark told the Concord Monitor in New Hampshire.

Myers says momentum has built nationwide and his efforts have even received the support of former Alaska Governor Sarah Palin, Republican Texas Senator John Cornyn, Republican Kansas Senator Pat Roberts and others. He went on to say that he continues working to get presidential support and he hopes that President Barack Obama will eventually issue a Juneteenth Proclamation at the White House.

“Why not? When Obama was a senator he spoke in support of it,” Myers said. “And, the White House was built by enslaved Americans of African descent during the tyranny of slavery.”