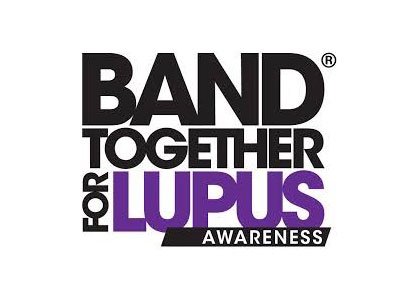 With lupus, no two cases are alike. Some who suffer with the debilitating illness develop kidney problems, while others prematurely battle heart disease, strokes and lung inflammation.

“From the time I was 17 years old, I have been in and out of hospitals, fighting this unpredictable disease. Starting off in my joints, lupus has now spread to my heart, lungs, kidneys, nervous system and any other organ it feels like attacking on a daily basis,” said Mallory Dixon, an advocate with the Lupus Foundation of America.

Dixon, who has appeared on NBC’s “Today” show, says that she has spent more than 150 days in a hospital bed due to lupus, with her longest stay lasting 86 days.

“I have been through chemotherapy, many blood transfusions, dialysis, plasma changes, multiple ventilations, a tracheotomy, and even needed to relearn how to walk,” she said.

Like many others who suffer from lupus, Dixon has helped the Lupus Foundation observe National Lupus Awareness Month, which occurs each year in May.

The foundation’s leaders have urged those with the illness and others to help increase awareness and ultimately assist in finding a cure.

Foundation officials said research they’ve conducted show that 72 percent of Americans between 18 and 34 have either not heard about lupus or they know little to nothing beyond its name. They sat that short of a cure, lupus sufferers and their families need all the support they can muster.

“It’s a disease that doctors have trouble diagnosing because the symptoms oftentimes come and go and there are no real tests they can run to find it,” said Camille Paige, a local resident diagnosed with systemic lupus erythematosus (SLE) 11 years ago.

More than 90 percent of lupus sufferers are women, mostly between the ages of 15 and 44. Also, a 2013 study conducted in Atlanta by the online publication, “Arthritis and Rheumatism,” showed substantial racial disparities when it comes to lupus.

“Black women had very high rates of lupus, with an incidence rate nearly three times higher than that for white women, with significantly high rates in the 30 to 39 age group,” said the study’s principal investigator, S. Sam Lim, an associate professor in the division of Rheumatology at Emory University School of Medicine in Atlanta. “These are young women in the prime of their careers, family and fertility. This means a severely compromised future with a disease that waxes and wanes, affecting every aspect of daily living for the rest of their lives.”

Further, the three different types of the disease cause even more confusion, said Samantha Carr, a nurse who lives in District Heights, Md.

While SLE counts as the most serious, other forms of the disease include discoid lupus which primarily affects the skin and causes face rash and lesions, a third form known as drug-induced lupus that’s caused by a number of prescription medications.

In drug-induced lupus, the disease goes away once a patient identifies and stops using the medication, which caused it.

Procainamide, which doctors prescribe for heart problems; the high-blood pressure medicine Hydralazine and Dilantin, used for seizures, represent the most common drugs that can cause drug-induced lupus, officials said.

“Lupus is one of the most misunderstood diseases there is, and research to better understand lupus and discover effective treatments is greatly under funded, relative to the disease’s scope and devastation,” said Sandra C. Raymond, president and CEO of the Lupus Foundation of America.

“We need increased awareness, we need more funding, and we need a cure,” Raymond said. “We are calling on all Americans this May to take action and join the Lupus Foundation of America in the fight against this disease that can rob people of the best years of their lives.”