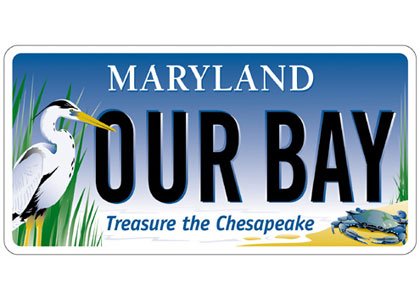 WASHINGTON — Delmarva Senators Ben Cardin and Barbara A. Mikulski (Both D-Md.), Mark Warner and Tim Kaine (Both D-Va.), Tom Carper and Chris Coons (Both D-Del.), and Senator Bob Casey (D-Pa.) lauded the announcement by the U.S. Department of Agriculture (USDA) that the Chesapeake Bay Watershed has been officially designated as one of eight Critical Conservation Areas that is eligible for set-aside funding as part of the consolidated Regional Conservation Partnership Program. The RCPP, which was first detailed in the 2012 Farm Bill and passed into law in February 2014 with approval of the Conference Report on the 2014 Farm Bill, benefits the region’s farmers and continues a strong foundation for restoring the health of the Chesapeake Bay Watershed.

“Agriculture is Maryland’s number one industry despite the great challenges, so our farmers understand how valuable a healthy Chesapeake Bay is to our region and our nation. It’s why we fought for assurances that USDA’s conservation programs will continue to provide ample resources to producers in our state to protect the Chesapeake. Keeping these conservation programs robust was a priority for the Chesapeake delegation in the 2013 Farm Bill,” said Senator Cardin, Chairman of the Senate Water and Wildlife Subcommittee. “I will continue to work hard to provide Maryland farmers with the resources they need to continue their responsible efforts to conserve the watershed. Restoring the full health of the Chesapeake Bay requires coordination among all sectors in the region.”

“The Chesapeake Bay is an integral part of who we are as Marylanders— our heritage, our economy and our culture,” said Senator Mikulski. “Maryland farmers and communities want to stand up for the health of the Bay, but they can’t do it on their own. I was proud to stand with my colleagues to protect this federal investment in the lives and livelihoods that depend on the Bay. I will continue to fight to protect the Bay to sustain jobs and support Maryland’s farmers with the resources they need.”

The Regional Conservation Partnership Program (RCPP), which will receive more than $100 million annually in mandatory funds, emphasizes cooperation between producers and regional stakeholders to work together to improve the effectiveness of agricultural conservation activities by leveraging non-government funds in support of conservation projects. The RCPP also focuses conservation funds on regions with the greatest conservation needs.

The Chesapeake Bay is the world’s largest and most productive estuary. With a 64,000 square mile watershed and 11,684 miles of tidal shoreline— more than the entire U.S. West Coast— the bay has been deemed a national treasure by President Obama and his predecessors. It has an economic value over $1 trillion, but that value is dependent on the health of the Bay’s waters and fisheries. Twenty-five percent of lands within the watershed are used for agricultural purposes.

"I am proud that we were able to push the USDA to recognize the importance of the Chesapeake Bay by designating it as a Critical Conservation Area," Senator Warner said. "This will allow us to continue protecting the Commonwealth’s 3,300 miles of coast, which provide vital economic contributions to tourism, recreation, commercial and sport fisheries, as well as important environmental resources."