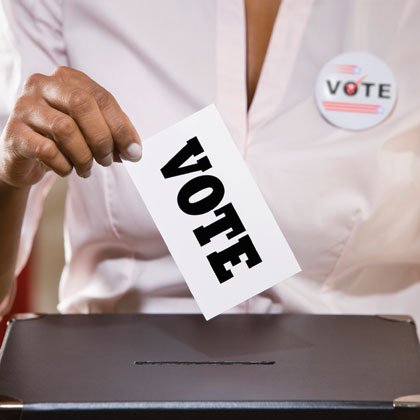 The black vote is said to be the determining factor in whether the Democrats hold the U.S. Senate.

NNPA — The black vote is said to be the determining factor in whether the Democrats hold the U.S. Senate. President Obama is on black radio shows and of course “Little” Al’s TV show, giving us the rundown on how important our turnout is to next month’s election. The Democrats and Republicans are outwardly admitting that the black vote is the x-factor in this election. Isn’t it great to be wanted and needed, even if it is just for one day? All across the nation, black is popular once again, all because it’s voting time.

How should we react to this latest patronization of the black vote? Well, let’s look at our situation. Black folks are being beaten, shot and killed, and we are told to vote. We have the highest unemployment; the lowest net worth; the highest incarceration rate; and many of our leaders tell us simply to vote. We are treated unfairly by the criminal justice system, excluded from economic opportunities and we are told to vote.

Young black males are 21 times more likely to be fatally shot by police than their white counterparts. The 1,217 deadly police shootings from 2010 to 2012 captured in the federal data, show that blacks, age 15 to 19, were killed at a rate of 31.17 per million, while 1.47 per million white males in that age range died at the hands of police. All of this, and we are told to vote.

It’s no wonder young blacks are turned off by many of their elders. They are the ones taking the tear gas, the batons upside their heads, the abuse and the lethal methods used by police officers; it is only after that or between the real battles that the usual suspects show up to march, hold a press conference, make a speech, and high-tail it out of town on the next thing smokin.’

Political hacks are telling black voters to cast their votes to make sure Democrats maintain control of the Senate during the last two years of the Obama presidency. My question is: What happened during the past six years of a Democrat controlled Senate? Other than Obamacare, which was passed strictly along party lines, what has that body done for black folks?

One of our black senators, Republican Tim Scott, is busy “discovering” what it’s like to work at low level jobs in South Carolina; and since Democrat, Corey Booker, accepted a “challenge” to live on a $35.00 food stamp budget for one week, albeit, while earning $13,000 per month as mayor of Newark, New Jersey, you can’t find him with a search warrant. As Malcolm said, black voters are political “chumps.”

To add insult to injury, the Democratic National Committee (DNC) is busy buying ads in black newspapers, now that they need us again. The ads, titled, “Get his back,” come after the 2012 Obama Presidential campaign raised $1 billion but only spent $985,000 with the black press.

Since the Senate Democrat Class of 2008 took control, black folks have done worse. The Wall Street Journal (August 2014) reported, “The real median income of African-American households has fallen by 9.5 percent, more than any other major census classification.”