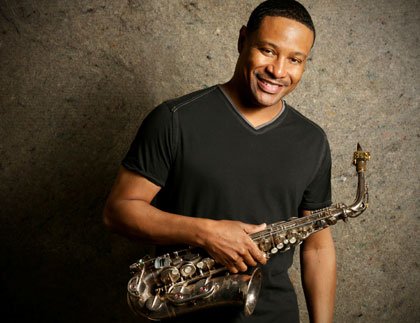 Kim Waters invites you to celebrate 25 successful years in the music industry with him at the Water's Edge Event Center in Belcamp, Maryland on Saturday, November 19, 2014

Fresh from the release of his 20th studio album, Silver Soul, saxophone superstar Kim Waters invites you to celebrate 25 successful years in the music industry with him at the Water's Edge Event Center in Belcamp, Maryland on Saturday, November 29, 2014 at 7:30p.m.

Waters' career highlights include 16 top 10 and 14 number one singles, four number one albums and millions of albums sold worldwide. Silver Soul, which was released on September 2, 2014, is the latest entry in Waters' melodic, R&B tinged discography of smooth jazz. The project cements his status as one of the world's premier alto and soprano saxophonists and jazz musicians.

“Silver Soul” features vocals from Disney star Zendaya Coleman, singer-songwriter Eric Roberson and Waters' wife Dana Pope. The opening track, “Dreaming of You,” features his daughter Kayla on the keyboards. Waters debuted in 1989 with Sweet & Saxy and has since released several memorable albums including “Love's Melody” and in 2013, “My Loves,” each featuring his seductive brand of smooth jazz.

Waters has toured the world performing at concerts and festivals in Japan, South Africa and Great Britain. During his travels Waters' has shared the stage with a number of music industry icons and contemporaries including Maysa; Nick Colionne; and Phil Perry.

Waters, who now resides in Round Rock, Texas, is a native of Bel Air, Maryland and a graduate of C. Milton Wright High School. Waters' began playing musical instruments at the early age of eight-years-old and soon found his musical calling when he picked up his first saxophone. Waters formed his first professional band with his brothers Eric and James and childhood friend and now renowned jazz pianist Cyrus Chestnut.

Tickets are $35 and available at three locations in the Harford County area: Kelly's Barbershop in Aberdeen; Anthony's Barber Salon in Abingdon; and Waters Automotive Service in Edgewood. A portion of the proceeds from the event will be donated to charity.