Indie Soul Past and Present: Doreen Broadnax aka Sparky D 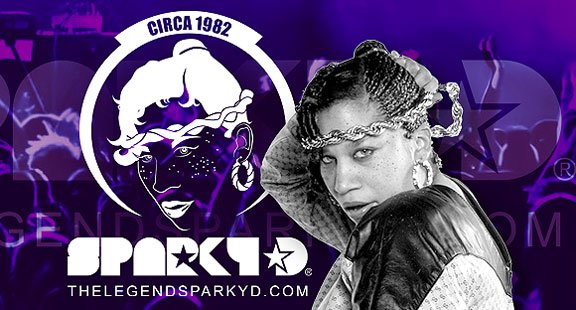 Sparky D for 2015 Promotion for the Sparky D brand

Rap music is big business. Women were involved in laying down the foundation of the genre. In the 80’s you had Sylvia Robinson CEO of Sugarhill Records, singer Angie Stone, Sha Rock, and of course Roxanne Shante. There was also another female pioneer, Doreen Broadnax, aka Sparky D.

Sparky D got started in Rap in its early days. “How I got involved with Hip-Hop was when I heard the record King Tut. I would go outside and grab the mic and say a rhyme. From that point I thought I was good and I just went from there” says Sparky D. Soon the aggressive Sparky D was making a name for herself and around 1985 one of the biggest rap battles on record took place between Sparky D and Roxanne Shante with a record called “Round One.”

The battle started when Roxanne Shante made a record calling out legendary rap group UTFO called “Roxanne’s Revenge.” Spaky D recalls how she decided to respond to that song, “ I was listening to radio show Mr. Magic, her record comes on, myself and a partner decided to answer her with a record called "Sparky's Turn (Roxanne, You're Through).” All this attention helped Sparky D land a record deal with Nia Records and also an endorsement with Mountain Dew.

“The thing I was good at was rapping. There were other things that no one told us about or taught us. Rap was still fresh. There are things we went through and lost from not knowing the behind the scenes of the industry” states Sparky D. She paid for her lack of knowledge because for 17 years Sparky battled crack addiction, domestic abuse, and homelessness.

In the 2004, Sparky D began to change her life by dedicating herself to God. She started a ministry called Treasure Ministries where she uses herself as an example to help others. She has not forgotten her original passion but now she says, “I am focused on presenting a more positive and spiritual message. I am doing what is called Holy-Hip-Hop.”

Sparky D has new music and shows coming in 2015. She’s also working on a syndicated radio show and says, “I really want to help people. especially women, find the treasure in themselves through God.” You can follow Sparky D on Facebook: Legend Sparky D.