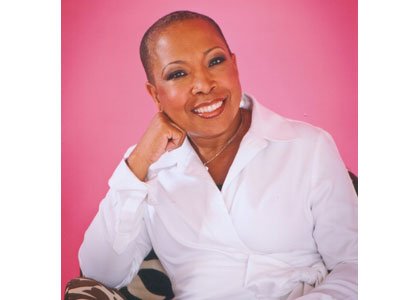 A native of Jamaica, Marlene King was diagnosed with Metastatic breast cancer in 2012. (Courtesy Photo)

BALTIMORE — Marlene King, 55, was diagnosed with breast cancer in 2008 at the age of 48. Since that time, King has had a lumpectomy, a double-mastectomy, and has undergone breast reconstructive surgery, radiation, and chemotherapy. Despite having Stage 4 cancer and a prognosis by doctors that she only has months to live, this King has “ruled” that she is determined to stay the course and fight.

“In 2008, I had gone to get a mammogram,” recalled King who is a native of Jamaica and has been living in the U.S. since she was 13. “I was 48, and had been faithfully getting my mammograms every year. However, this time, I got a letter saying they saw something. I went back for a sonogram, and ultimately a biopsy. The biopsy showed that I was DCIS ((Ductal carcinoma in situ), so I got a lumpectomy. However, there was still some cancerous tissue. I was put on chemotherapy and went through radiation. After that, I thought everything was fine.”

“My hair started coming back, I gained weight during that time, and went back to my regular size,” recalled King. “I was working on a part-time basis, and had a good job that was helping me through this time of my life. However, I went back for a mammogram in 2011, and was told they saw cancer in the same breast. I decided to have a double-mastectomy, because I felt without either breast, I wouldn’t have to worry about the cancer coming back.”

King added, “I also had an expander, and eventually permanent implants put in. I also had nipples tattooed on, so everything would look more normal. However, I thought the area beneath my neck looked lumpy. The doctors thought it could have resulted from removing the expanders and having the implants put in. However, a doctor took an x-ray. In July 2012, I found that I had Stage 4 metastatic cancer. The cancer was now in my chest wall, lungs and sternum.”

According to the National Breast Cancer Foundation, Inc. (NBCF), breast cancer ranges from Stage 0 to Stage 4. At Stage 4, the cancer the cancer has metastasized and spread from the part of the body where it started to other parts of the body.

“For me and other women, having metastatic cancer means you are on chemotherapy for the rest of your life,” said King. “The medium range for living with this disease is only 24 to 36 months. The day I found out I had metastatic cancer, I said ‘oh my God, I am going to die. I won’t live to see my grandchildren grow up.’ However, my oncologist explained to me that this was the medium range for living with the disease, but that I could live longer, and that they would do everything they could to ensure I lived.”

According to King, despite everything she has gone through, including a one-week hospitalization in May, she is determined to keep battling breast cancer.

“Since my metastatic cancer diagnosis in 2012, I have been on three different chemotherapy drugs,” said King. “So far, none of them have worked to effectively stop cancerous growth. But now, it is late 2014, and I am still here; still fighting for my life, and still holding on to hope.”

She added, “I thank God every day for waking me up. It’s something you think about and are really grateful for when you don’t have that much longer to live. I am not a cancer survivor, but a cancer warrior. I will continue to fight. Either way it will be alright.”

This is part 1 of a two-part story about Marlene King and her valiant fight against breast cancer. King is President of The Journey Continues Breast Cancer Organization and a board member of METAvivor Research & Support, Inc.