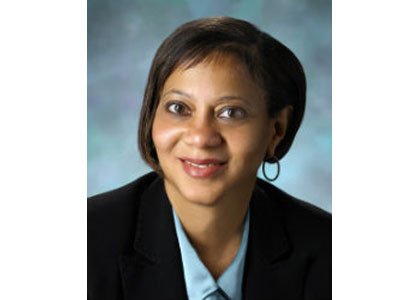 BALTIMORE — Lisa Cooper, M.D., M.P.H., director of the Johns Hopkins Center to Eliminate Cardiovascular Health Disparities, has been named the 2014 recipient of the Herbert W. Nickens Award by the Association of American Medical Colleges (AAMC). The award is given annually to an individual who has made outstanding contributions to promoting justice in medical education and health care.

Cooper has “revolutionized the nation’s understanding of how race and ethnicity affect health and patient care,” the AAMC said in a statement. “Through her work, she has identified precise inequities in how racial and ethnic minority patients perceive their health care providers and access the health system. She also has worked diligently to achieve health parity by partnering with these minority populations on community-tailored solutions.”

She and her team at the Johns Hopkins center work with the Baltimore community to achieve the center’s namesake goal. Their efforts, funded by the National Institutes of Health, include the examination of how racial disparities manifest in cardiovascular outcomes and rigorous clinical trials to reveal proven, patient-centered solutions to alleviate the health disparities of race, particularly among African-Americans.

She has received numerous awards and honors for her work, including a MacArthur Fellowship, the James D. Bruce Memorial Award for Distinguished Contributions to Preventive Medicine from the American College of Physicians and membership in the Institute of Medicine. This is the second time she has been honored in the spirit of Herbert Nickens; she received an award in his name from the Society of General Internal Medicine in 2006.