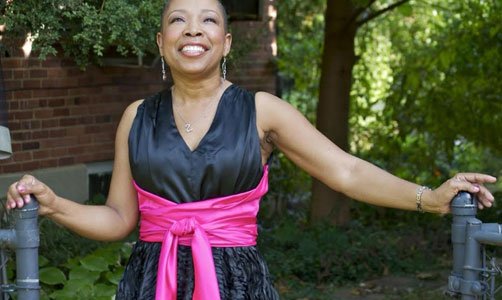 Marlene King, who was diagnosed with Stage 4 breast cancer in 2012, is President of The Journey Continues Breast Cancer Organization and is a board member of METAvivor Research & Support, Inc. (Courtesy Photo)

Marlene King does not consider herself a breast cancer survivor, but a breast cancer warrior. Since her breast cancer diagnosis in 2008 at age 48, she has had a lumpectomy, a double-mastectomy, and has undergone breast reconstructive surgery, radiation, and chemotherapy. In July 2012, she found out that she had Stage 4 metastatic cancer.

At Stage 4, the cancer has metastasized and spread from the part of the body where it started to other parts of the body. For King, that meant the cancer had spread to her chest wall, lungs and sternum.

Despite the news, which came with the prognosis that she only had 24 to 36 months to live, King continued to fight. Nearly three years later, her valiant battle continues. However, King isn’t just fighting for herself, she is fighting for other women as well. King is a board member of METAvivor Research & Support, Inc., and serves as president of The Journey Continues Breast Cancer Organization.

The organization awards research grants to individuals with a clinical or other doctoral degree who are actively engaged in areas of metastatic breast cancer research and whose proposals show distinct promise in making a difference for those with Stage 4 breast cancer. The goal of METAvivor’s funding efforts is to transition metastatic breast cancer from a terminal diagnosis to a chronic, manageable disease with a decent quality of life.

“My journey hasn’t been a healthy one, but I have been able to reach out and help other women,” said King who recently celebrated her 55th birthday. “My purpose is to touch women and men who get breast cancer. I like to take the focus off of me, and focus on someone else.”

King, who lost her mother to metastatic ovarian cancer added, “Younger women are getting Stage 4 cancer more aggressively, and are passing away quicker— we don’t know why, which is why research is needed.”

King is married to Eric King, who is a pastor. The couple has three children, two grandchildren, and has been married for 29 years. King noted that her husband has been instrumental in her fight against cancer.

“Women need to let their husbands know what is going on in their lives,” said King who is a native of Jamaica. “Black women are strong and viable, but we still need help. Many husbands want to help, but many women are not opening up and involving them. Women need to take their husbands to their doctor’s and chemotherapy appointments. They have to be a part of the process.”