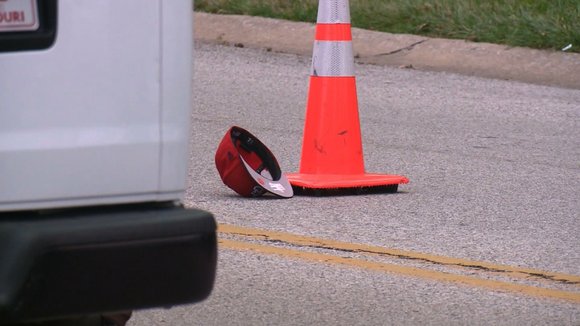 WASHINGTON (CNN) — Members of the Congressional Black Caucus gave voice to the frustrations of demonstrators who gathered in Ferguson, Missouri, as well as places like Washington, D.C., Monday night to protest a grand jury's decision not to indict police officer Darren Wilson in the shooting death of Michael Brown.

"This decision seems to underscore an unwritten rule that Black lives hold no value; that you may kill Black men in this country without consequences or repercussions," Fudge said, calling the decision a "miscarriage of justice."

The shooting of Brown, an unarmed black teenager, at the hands of Wilson, who is white, drove locals and activists around the country to the streets of Ferguson this summer and again this week in anticipation of a grand jury announcement which many hoped would at least deliver a trial in the shooting.

As tensions in Ferguson flared and violence erupted amid largely peaceful protests, the caucus members called on protesters to remain peaceful in expressing their anger and urged activists to channel a moment of frustration into a larger movement to effect change on the justice system and relations between African-American communities and police departments nationwide.

Rep. John Lewis, a veteran of the civil rights movement who helped lead the 1963 March on Washington alongside Rev. Martin Luther King, Jr., sent a message to protestors on Twitter:

"Only love can overcome hate. Only nonviolence can overcome violence," he tweeted. "I know this hard. I know this is difficult. Do not succumb to the temptations of violence. There is a more powerful way."

The Black Caucus members also stressed the need for the Justice Department to pursue its federal civil rights investigation into the deadly shooting, with several calling the local investigation deeply flawed.

Rep. Karen Bass said in a statement Monday that she was "deeply disturbed" that the grand jury did not indict Wilson.

"The announcement continues a trend of injustice that has rightfully created an environment of anger and concern in Ferguson, Missouri and across the United States," Bass said. "From the onset, Ferguson law officials have been negligent in their handling of this tragic death."

She said Ferguson officials "botched" the case from the start, noting that Brown's body was in the street for hours after he was killed and called officials "mean-spirited" for leaking surveillance footage of Brown stealing cigars from a convenience store shortly before he was gunned down. That footage had not been requested by media in an information request.

"And tonight the grand jury attacked justice by not holding Officer Wilson accountable for his actions," she said."

Rep. Lacy Clay, who represents Ferguson and St. Louis County in Congress, called the grand jury's decision "extremely disappointing" and said he shares "the anger and frustration," but called on protesters to be nonviolent.

Clay added that he was not surprised by the grand jury's decision and said he had been concerned about the local investigation since Brown's death.

"The pursuit of justice for Michael Brown, Jr. and his family is not over," he said."

Missouri Sen. Roy Blunt said in a statement he hoped the community could "move forward and heal as we work to find better job opportunities in and more investment for challenged communities."

Blunt, a Republican, added that his thoughts were with Brown's family and with "those in law enforcement who continue to protect the rights of all they serve."