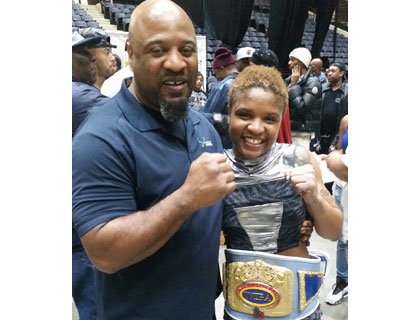 On Thursday, November 13, 2014, at the newly remodeled Royal Farms Arena, (formerly First Mariner Arena), the Baltimore Boxing Renaissance kicked what is going to be a rebirth of locally promoted fights in the Baltimore area.

Just as we have seen the push for local artists in music, arts, and fashion, boxing for the last year and half has been making a push here locally. Thursday’s event featured a slew of up and coming boxers from the DMV area, as well as Texas, Michigan, North Carolina, New Jersey, Ukraine, and St. Maarten. The feature fight of the night featured Tyrieshia Douglas (Baltimore-MD) versus Christina Ruiz (San Antonio-TX).