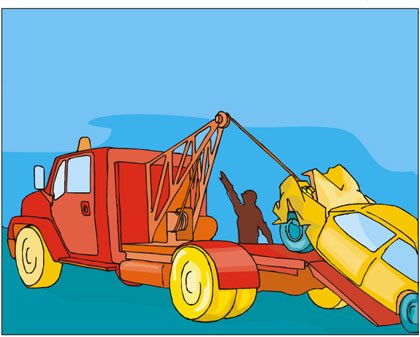 TOWSON, Md. — Maryland State Police Superintendent, Colonel Marcus L. Brown joined elected officials and representatives from AAA Mid-Atlantic to announce Maryland’s expanded move over law at Maryland State Police Headquarters in Pikesville. The law, which takes effect Wednesday, October 1, 2014, requires motorists to move into an open lane away from tow trucks attending to roadside emergencies, or to slow to a reasonable and prudent speed that is safe, just as they must now do when approaching police and other emergency vehicles stopped on the road side.

The initial legislation that passed in 2010 only applied to fire and police vehicles, however the expanded law will now include tow trucks.

“This legislation honors the memories of those who have lost their lives. It provides a safety net of protection for towers who serve us each and every day on Maryland’s highways,” said Senator Jacobs. Delegate Malone, who has faithfully served the citizens of Baltimore County for nearly 40 years as a firefighter added, “If people slow down and move over, this law will save lives,” he said.

“The intent of the move over law is to provide an extra barrier of safety for police officers, fire fighters, emergency rescue personnel, and tow service operators working along Maryland roads. It is imperative that drivers stay alert for these types of situations and move away from them or slow down as they pass by the traffic stop or incident scene,” said Colonel Marcus L. Brown. Brown also remarked about the numerous calls he has received as the head of both the Maryland Transportation Authority

Police and the State Police, where he has had to hear the unfortunate news that one of his officers or troopers had been killed or injured while doing their jobs on the side of the road.

AAA has been a vocal advocate of move over legislation across the country. “AAA Mid-Atlantic applauds the sponsors of this legislation, as well as the Maryland General Assembly for recognizing the importance of having tow truck drivers included in Maryland’s move over law,” said Ragina Cooper-Averella, Public and Government

Affairs Manager for AAA Mid-Atlantic. “We supported the law to protect law enforcement officers and first responders in 2010 and believe that those same protections are also necessary to protect tow truck drivers. Unfortunately, we have seen numerous tragedies occur that are sobering reminders of the dangers that law enforcement officers and tow truck drivers encounter every day while doing their jobs,” Cooper-Averella added.

With this law, Maryland becomes the 47th state to provide move over protections to tow truck drivers, as well as police and other emergency vehicles. Currently, only the District of Columbia has no move over law in place at all and Louisiana, New Mexico and Wyoming are the only states that have no law to protect tow truck operators.