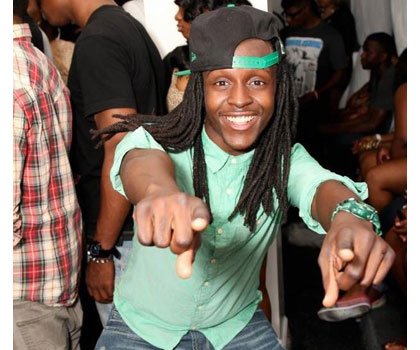 Choosing to be a comedian means facing a lot of obstacles. There’s the criticism from family telling you to get a real job, friends who don’t get it and others who seem to think making people laugh is easy.

At age 22, J.O. has heard it all and in some cases, has seen it all as well. “Man, I tried being a drug dealer, but a couple of things stopped that, getting arrested, and my voice don’t sound good trying to sell anything,” said J.O. Even though it is told as a joke, there is truth in what he says, ”Just trying to take care of myself and family, I thought I could be in the drug game but I am a comedian and that drug life is not for me, so I chose not to continue in that course of life and I want to be an example to the community.”

So J.O. Da Comedian started from the bottom. He said he was willing to do anything to make people laugh including sleeping on the streets during lean times. “I am not scared to go and perform. All the big names have done it Steve Harvey, Bernie Mac, Richard Pryor, Eddie Murphy, Martin Lawrence, and Redd Foxx, so I have to pay my dues as well. I want to be like Dave Chappelle and Chris Rock, make the kind of comedy that people will remember. I just don’t wanna be funny, but I want to be a legend.” J.O. stays relevant by watching the news, reading, and taking part in meaningful conversations with others.

This summer J.O. took it upon himself to raise donations for school supplies for kids in need. A stand up guy and a stand up comedian J.O. Da Comedian will keep rising to the top. Follow him on Twitter: @jojinx10.