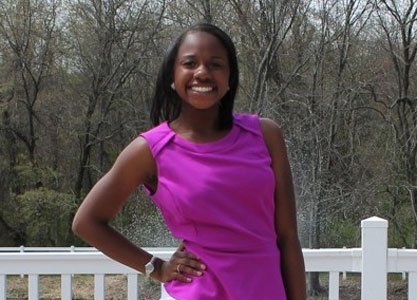 This week’s Indie Soul Student of the Week is a very ambitious and career driven young lady who attends Howard High School in Howard County. Naomi Lilly is only a junior but is focused on her next journey— college. The 17-year-old old holds an impressive unweighted GPA of 3.86 and a weighted GPA of 4.57.

This past summer Lilly interned with us at The Baltimore Times to learn how a newspaper is run, since once she graduates she wants to pursue a career in journalism and communications. A few of her role models in the media field are some pretty powerful women: Soledad O'Brien, Barbara Walters, and Oprah Winfrey. According to Naomi, “Ms. Winfrey’s success in the communication industry has set out a layout for similar goals I would like to accomplish. As one of the first successful African American broadcasters, I would like to continue the trend and excel in multiple categories of communications.”

The universities she is considering are: Harvard, Columbia, Northwestern and California Berkley. In the meantime, Lilly will continue to soak in things she is learning from interning, “After attending the NSLC (National Student Leadership Conference) Communications conference, I know now communications is the industry in which I would like to work; specifically, in the news sector. I think the best way to gain experience is to be placed in a background where I can experience an original form of news communication, publication. I feel as a reporter, it’s important to have an extensive background in the field” states Lilly. Like any other teen, she does enjoy fashion, music, and style. You can see for yourself what she has been up to by following on her YouTube Channel: stylebeauty111.