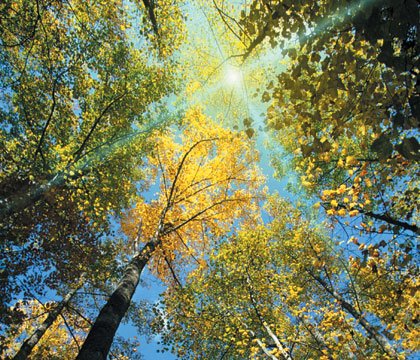 TOWSON, Md. — From now until the end of Daylight Saving Time (DST) on November 2 is a particularly dangerous time of year for east to west commuters due to the sun’s alignment during sunrise and sunset. Drivers should take additional precautions such as leaving extra space between vehicles, slowing down, and turning on their headlights, advises AAA Mid-Atlantic.

During October, the sun will rise between 7:04 a.m. and 7:34 a.m. (rising later as the month progresses) when many drivers are headed out on their daily commutes to work and to drop their children off at school. Leading up to the end of DST, as commuters are heading home, the sun will set earlier each day, setting at 6:51 p.m. on October 1 and going down at 6:09 p.m., by Halloween.

“It is during the first 15 to 45 minutes of sunrise that sun-glare becomes a serious hazard to motorists,” advises the National Weather Service (NWS).“Motorists traveling westbound can also experience sun-glare as the sun drops lower toward the horizon,” according to the NWS.

“The bright sun can easily impede the ability to see the road, pedestrians, cyclists and traffic signals,” says Ragina Cooper Averella, Public and Government Affairs Manager for AAA Mid-Atlantic. “Motorists should take additional safety measures to avoid being blinded, such as wearing sunglasses, cleaning their windshields inside and outside to reduce glare, and altering their routes, if possible.”

*Be aware that drivers traveling toward the sun at sunrise or sunset may be virtually blinded.

*Clean your windshield outside and inside. A cracked or dirty windshield can magnify glare.

*Wear sunglasses with polarized lenses, or wear eyeglasses with an anti-reflective (AR) coating.

*Heed the speed limit, particularly if you are driving into the sunrise on your way into work or the sunset on your way home.

*Increase your following distance beyond the recommended safe distances to allow three or more seconds between vehicles. The more space you have, the more time you have to react.

*Turn headlights on so oncoming motorists can see you as they are driving toward the sun.

*Use your visor as much as possible, but remember that visors can also block your vision.

*Consider alternate routes to minimize east/west driving whenever possible. Use north/south streets until you find an east/west road with lots of trees or taller buildings.

*Be alert to changing cloud cover and changing traffic flow.