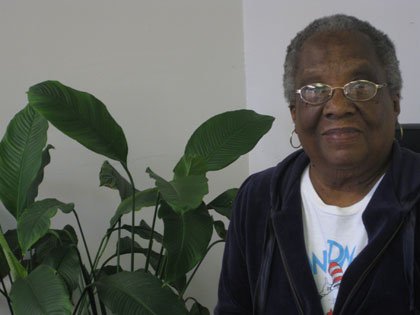 Ginger Williams’ granddaughter, Lezli Williams, was killed by the man that she loved at age 22. Domestic violence counts as an epidemic that affects individuals in every community, regardless of race, economic status, sexual orientation, gender or nationality.

It has been seven years since Lezli Williams died at the hands of the man she loved. Unlike many victims of domestic violence, Williams displayed no obvious signs of abuse. There were no bruises, scars and no easily discernable cries for help.

“We didn’t know anything until after she was killed,” said Ginger Williams, Lezli’s grandmother, herself a previous victim of domestic violence. “I guess there was this misguided dedication where she swore a friend of hers to secrecy and made the friend promise never to tell.”

With Domestic Violence Awareness Month being observed, officials at the National Coalition Against Domestic Violence (NCADV) said nearly 20 individuals per minute are victims of physical violence by an intimate partner in the United States, which equates to more than 10 million women and men over the course of one year.

Domestic violence counts as an epidemic that affects individuals in every community, regardless of race, economic status, sexual orientation, gender, or nationality, she said, noting also that intimate partner violence often accompanies emotionally abusive and controlling behavior which stands as just a fraction of a systematic pattern of dominance and control.

“I was in an abusive marriage but the difference is that when I got out, I had my dad and my two brothers who came and got me and I never looked back,” said Williams, 75. “What happened in my case was that my husband decided to buy a dog instead of paying the rent and I couldn’t figure out how a person could do that. So, because I complained, I got hit and that was all it took for me.”

Although the abuse occurred while she was in her 20’s, Williams never remarried. She says her ex-husband attempted to reconcile by offering the customary, “I’m sorry, it won’t happen again.”

“For me, I can do bad all by myself, I don’t need someone else to do it for me and I certainly don’t need anyone beating on me,” said Williams, who retired as a writer for the Baltimore Times after more than 20 years in 2004.

Williams remains active, teaching a language arts course to third graders twice a week. The death of her granddaughter, who was 22, has left even more emotional scars,

“My daughter is raising her child, who was just one when Lezli was killed and he’ll never know his mom or share any special moments with her because of domestic violence. She was my oldest grandchild and the extent of the abuse is something my family will never know because Lezli never told us,’ Williams said.

As she gazed at a photo of her late granddaughter, Williams, with tears welling in her eyes, recalled burying Lezli on Christmas Eve.

She says no one should have to suffer an abusive relationship and she hopes that the attention given to former Baltimore Ravens running back Ray Rice, captured on video pummeling his then-fiancée, has further opened eyes about domestic violence.

“It’s unfortunate that it takes a celebrity to do something before people recognize the severity of domestic violence,” Williams said. “When I was a victim, there really weren’t any laws in place to protect women, but now there is and with Ray Rice there’s more of a spotlight which is good.”

Williams says that as a victim herself, she understands how difficult it may be to leave an abusive relationship. She also says that anyone trying or planning to leave, it’s best to alert family and friends and to be careful when making preparations to flee.

“It’s OK to be brave, but don’t be foolish,” she said. “I was fortunate because I had my dad and brothers. If you choose to stay, try to get help for yourself because no one deserves to be hit or abused.”