November’s elections won’t resolve much of anything 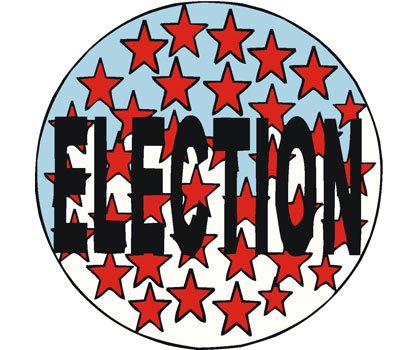 Members of Congress are home now, campaigning for the upcoming elections. Their messages are all over the map, and for a good reason: they have very little to brag about.

The Congress that just recessed until after the elections makes the 80th— the one that Harry Truman blasted as “do-nothing” — look like a paragon of productivity. This year’s members did manage to avoid a shutdown, but that’s about all. Congressional leaders spent the better part of the year avoiding tough votes.

They didn’t pass an annual budget. They made no pretense of weighing U.S. policy against ISIS or, really, any other foreign or defense policy issue. They didn’t tackle immigration reform, climate change, tax reform, the minimum wage, or domestic surveillance. They passed fewer bills than any other Congress in 60 years. In the three and a half months between the beginning of August and mid-November, they’ll have been in session all of 10 days.

No small wonder that voters are in a sour mood when it comes to Washington. They want to see our elected leaders tackling issues that confront the country. They want less partisanship. They don’t understand government’s frequent failures, and crave more competence. On every front, the people they have elected have disappointed them.

This may be why there is no dominant theme in this year’s elections. Voters seem more focused on a variety of issues rather than one dominant issue. Apathy is high and we are headed for low voter turnout, even by the standards of mid-term elections. Voter outrage at Congress is not translating into a message of rejecting incumbents.

This has made the tone of the election rather interesting. Candidates appear to have picked up on voters’ dislike of mean-spirited campaigning, and for the most part are showing restraint. The deeply partisan politics we saw in 2010 and 2012 has abated. Where a couple of years ago there was heated talk of storming the gates in Washington and potentially shutting the government down, that kind of campaigning is just a memory this year. Candidates may not be embracing Washington, but they’re not attacking it as they once did. There’s even talk of bipartisanship and building bridges, sentiments that were nearly invisible in recent years.

Given President Obama’s lack of popularity, there is a general sense among members of the political class that Republicans have an edge in the election and may well take over the Senate. A battle to control the Senate can have significant consequences, yet it’s unlikely that much will change on Capitol Hill in the near term. Mid-term elections are usually about the president, and Republicans are largely content in this election to attack him, while Democrats are content talking about anything but the president.

Even if the Senate majority changes hands, it will do so only narrowly. Given that a party needs 60 votes there to accomplish much of anything, whoever controls the Senate will be able to maneuver only on the margins; resolving tough issues head-on will be difficult, maybe impossible. Unless the recent election talk of bipartisanship and finding common ground becomes a reality, in other words, the dysfunction and lack of productivity that have become defining characteristics of Congress in recent years are likely to continue.

This is ironic, because large amounts of money are being poured into the fall elections, especially in races for the Senate. You’d almost think transformational policies were at stake. In truth, though, these elections are more of a run-up to the presidential race in 2016. And even then, the attention on the Senate is probably misplaced. Polls are showing that a number of gubernatorial seats are likely to switch hands in both directions, and if anything this year’s 36 gubernatorial contests will have more of an impact on politics two years from now than what happens in the Senate.

In short, whatever happens on Election Day this year, it’s unlikely that much will change in its wake. This may hardly be the most important election of our lifetimes, but the business that Congress left unfinished is still waiting. The nation needs an elected leadership capable of rolling up its sleeves and meeting our challenges head-on right now, not a few years hence.