Raven-Symone, we are black Americans 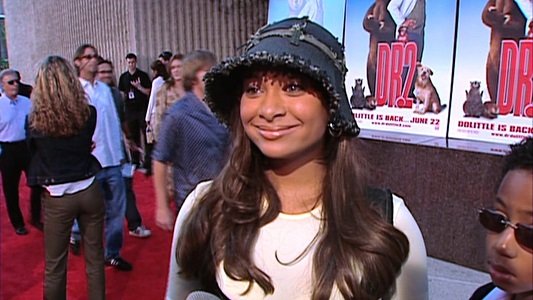 Raven Symone at a red carpet event for the premiere of Dr. Doolittle 2 in Los Angeles California on 06/19/2001. (CNN)

(CNN) — I get it. Raven-Symone doesn't like labels. But she is wrong to run away from her blackness, seemingly hoping that no one acknowledges her beautiful brown skin and the history written all over her face.

Many of us have been exactly where she is, struggling to fit in. Trying to be "colorless" when there's no way to look at someone without noticing appearance. And that includes color.

But Raven's dilemma is part of the black experience in America. Our identity is not really a matter of choice. Black people were forefathers of this nation: slaves, soldiers, scholars and dedicated women and men who helped create these United States of America. For me, rejecting your blackness is downright un-American. The two words are inseparable. Being black equals being American.

So no matter how she tries to deny us, Raven is still ours, still black in the eyes of her community. And we remain proud of her. Proud and patient because we understand how the heavy burden of labels can crush your spirit and get in the way of your dreams.

I've struggled all my life with the weight of labels. They pop up at the most awkward times: introductions at work meetings, compliments over dinner, amongst friends and foes. Sometimes it feels like society is at once confused, intrigued and resentful of my blackness. And I'm certain that black woman are described with more adjectives than anyone on the planet: Black woman, African-American, bossy, strong black woman, articulate black woman, working mother, black entrepreneur, black single mother, straight ally, LGBT-friendly, divorcee, feminist, liberal and now even black-ish woman. When I was younger it was a latchkey kid, project kid, kid from a broken home.

One of my favorite is La Negrita. The first time I visited Central America and heard a local call me that name, I immediately went into my Angry Black Woman mode. It took a few minutes to calm down and understand that in Latin America, La Negrita is a term of endearment, a compliment meaning something closer to beautiful black woman. Who knew? There's even a national holiday in Costa Rica called "Día de la Negrita."

"I bet your country would never have a holiday honoring black women," a friend in Costa Rica joked one day, when I asked her why everyone was celebrating. No, I had to agree. We are a long way from that day.