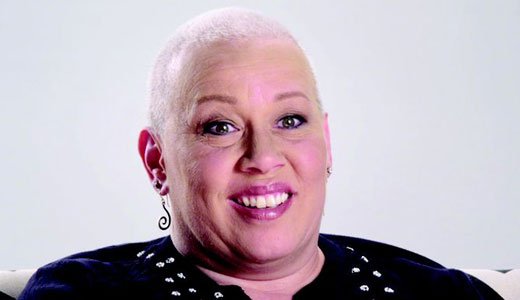 This is Part III of a Four-Part Series on St. Agnes Hospital’s efforts to fight breast cancer.

“This is my journey but many people walked with me.” —-Tami Scovitch, Breast Cancer Survivor

For Tami Scovitch, a breast cancer diagnosis was the beginning of a new journey in her life, and the lives of her family and friends. Their compelling journey is told through “One Journey. Many Paths,” a breast cancer awareness campaign created by Saint Agnes Hospital that is meant to encourage women and their families to understand breast cancer, talk openly about the disease and make breast health a priority.

The four-minute inspirational video features Scovitch’s experience, and the unique perspectives of her husband, daughters and friends.

“I am a fighter,” says Scovitch on the video. “I am a trooper. I found a lump in my left breast so I had the mammogram and sonogram. The call at 7:30 in the morning was a reality check. Four rounds of chemo, a double mastectomy and then three more rounds of chemo.”

Kirstan Cecil is the director of marketing for Saint Agnes Hospital. She talked about how “One Journey, Many Paths” all began.

“We knew we wanted to do something around Breast Cancer Awareness Month, and wanted to find a way to really engage people,” said Cecil. “We wanted real people with real voices and with real stories so that it humanized the breast cancer journey and what it looked like. One statistic shows that only 65 percent of women over the age of 40 are getting mammograms, which is troubling. Part of our goal was for women to take control of their health and make it a top priority.”

She added, “We wanted to celebrate survivors, and inspire women to get mammograms. We seem to be doing that, and that was our primary goal through this campaign.”

According to Cecil, the “One Journey, Many Paths” campaign kicked-off September 30, 2014.

“The name of the video ‘One Journey, One Path’ came out of a conversation with Tami Scovitch,” said Cecil. “She made it clear that many people walked with her during her journey. That was important to her and her family.”

Cecil said the campaign will be featured on Saint Agnes’ website and Facebook page for the entire month of October.

“The reaction has been beyond what we could have hoped for,” said Cecil. “The response has been overwhelming. The video has received over 4,000 views. We took this message online and to social media because that is where people are. It allows us to take our message to a broader audience.”

Cecil added, “Women are watching the video and sharing it with other women. Clearly when someone is diagnosed, they are at the center, but there are so many people around them that walk the journey with them. ‘One Journey, Many Paths’ shows that in such a powerful and memorable way.”

The video is among the many efforts being presented by Saint Agnes Hospital in honor of Breast Cancer Awareness Month. Saint Agnes is also sharing videos, quotes, patient stories and facts about taking control of your breast health.

“The ultimate goal is to get women screened and treated early,” said Cecil. “This campaign ties to Saint Agnes’ goal and purpose, which is to take care of the community and make sure they are on top of their health.”

To watch the “One Journey, One Paths” video, or more other information about Saint Agnes’ breast cancer awareness efforts visit http://www.stagnes.org.