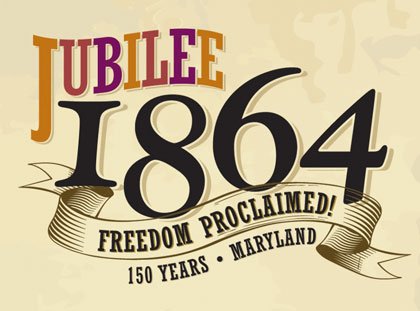 As the 150th Anniversary— or Jubilee— of the Emancipation Proclamation approaches, Joanne Martin, founder of the National Great Blacks in Wax Museum on E. North Avenue in Baltimore says this year’s celebration will include programs answering those very questions about slavery and freedom.

BALTIMORE — As the 150th Anniversary— or Jubilee— of the Emancipation Proclamation approaches, Joanne Martin, founder of the National Great Blacks in Wax Museum on E. North Avenue in Baltimore says this year’s celebration will include programs answering those very questions about slavery and freedom.

“We will do this like you’d do a lecture,” said Martin, who also serves as the president of the museum. “We will also look at the aftermath of the emancipation.”

The museum is one of three that will act as hosts for the Baltimore Legends & Legacies Heritage Tour, which celebrates the inspiring lives and achievements of everyday people who changed the course of history.

“The Jubilee is hugely important and we’ve had a program to commemorate Maryland’s emancipation since 2007,” said Lisa Crawley, the resource center manager at the Reginald F. Lewis Museum of Maryland African American History and Culture on E. Pratt Street.

The Reginald F. Lewis Museum will join the National Great Blacks in Wax and the Frederick Douglass-Isaac Myers Maritime Park in Fells Point as hosts for the heritage tour.

“We are looking forward to being a part of the Legends and Legacies Heritage Tour,” Crawley said. “It’s important to educate our local community about Maryland’s emancipation. You must remember that Maryland wasn’t effected by the Emancipation Proclamation because we were in the Union and when the state constitution changed they had to vote on it and the vote was very close, I believe it was something like 30,174 in favor of freedom and 29,7999 against.”

The Emancipation Proclamation, signed on January 1, 1863 by President Abraham Lincoln, declared that all held as slaves within rebellious states shall be free. However, like many other states, Maryland kept slavery in place until officials amended the state’s constitution on November 1, 1864.

To honor Maryland’s emancipation, a series of events, festivals and exhibits marking the end of slavery in the state are planned, including the Legends and Legacies Heritage Tour and a Civil War reenactment featuring African American Union soldiers on October 25.

An opening week reception follows on October 27 with exhibits, lectures and a play titled, “Four Women of Annapolis,” with performances throughout the week.

Officials at the Benjamin Banneker Historical Park and Museum in Catonsville will launch its “From Banneker to Douglass: The Quests for Freedom and Equality” exhibit on November 1 through February 28, 2015.

The exhibit will commemorate the early efforts of Maryland’s African Americans and their allies in their pursuit of freedom and equality for all. Those efforts took on many forms that include protest literature, conventions, enslaved people seeking freedom, and educational initiatives.

“As a state that played such a large and poignant part in our nation’s history, we are excited about the opportunity to celebrate and share this special moment for Maryland, when slavery was abolished for good,” Margot Amelia, executive director, Maryland Office of Tourism, said in a news release.

“Baltimore is proud to participate in the state-wide Jubilee 1864 commemoration,” said Tom Noonan, President and CEO of Visit Baltimore. “Through the Legends and Legacies Heritage Tour participants will be able to experience and engage in a living history tour with visits to our three noted African-American heritage museums with character actors from the Jubilee time period.”

In addition to the heritage tour, the National Great Blacks in Wax Museum plans to feature what they call an unforgettable Middle Passage exhibit, including its famous replica slave ship, and more than 100 life-size wax figures of prominent African-Americans.

The Reginald F. Lewis Museum plan programs where stories of African-American Marylanders who made an impact on American history, art and culture will be shared.

The Frederick Douglass-Isaac Myers Maritime Park will celebrate the lives of its namesakes and the first African-American Shipyard, the Chesapeake Marine Railway & Dry Dock Company founded in 1868.

“We will also have a children’s program, a play about the emancipation and we will have our annual gala,” Crawley said.

Martin of the National Great Blacks in Wax Museum said it’s important that the Jubilee is properly observed.

“We get to clear up a few things,” she said. “We will look at what the Emancipation Proclamation did and didn’t do.”

For more information and a complete schedule of Jubilee celebration activities, visit www.visitmaryland.org or www.Baltimore.org.