Envisioning Emancipation: Black Americans and the End of Slavery

Rarely-before-seen photographs before, during and after emancipation 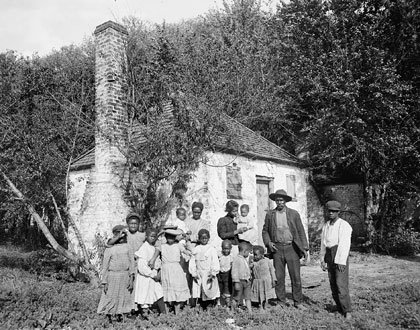 BALTIMORE — In honor of the 150th anniversary of Maryland Emancipation, the Reginald F. Lewis Museum presents renowned photo historian Dr. Deborah Willis on Saturday November 1, 2014 at 1 p.m. Her critically acclaimed book, “Envisioning Emancipation: Black Americans and the End of Slavery,” co-written with Barbara Krauthamer, tells the visual story of the period before, during and after emancipation and its effect on African Americans. It won the NAACP Image Award for Outstanding Literary Nonfiction, 2014.

Dr. Deborah Willis' critically acclaimed book, “Envisioning Emancipation: Black Americans and the End of Slavery,” co-written with Barbara Krauthamer, tells the visual story of the period before, during and after emancipation and its effect on African Americans.

While history is often told from one perspective, “We were interested in using collective memory” to document the era, Dr. Willis says, since emancipation was "a collective experience."

The book contains rarely-before seen images from the Antebellum period through the 1930s. “Not only do these images offer rare glimpses into the lives of African Americans of the time, but the images are also testament to the qualities of pride and unending courage,” says Dr. Skipp Sanders, Executive Director of the Reginald F. Lewis Museum.

Other poignant realities are uncovered. Before emancipation, historic photographs show women holding slave master’s children. After emancipation, women are posing with their own families, with grandchildren on their laps. They, like other newly freed individuals, eagerly commissioned portraits to document and create a history of their survival and freedom.

Visitors on November 1 are also invited to the Reginald F. Lewis Museum’s Resource Center. The Resource Center provides genealogical research tools and assistance to members of the public who wish to trace their family history.

Dr. Willis is University Professor and Chair of the Department of Photography and Imaging at the Tisch School of the Arts at New York University. She was a 2005 Guggenheim Fellow and Fletcher Fellow, and a 2000 MacArthur Fellow. Professor Willis has pursued a dual career as an art photographer and as one of the nation’s leading historians and curators of African American photography.