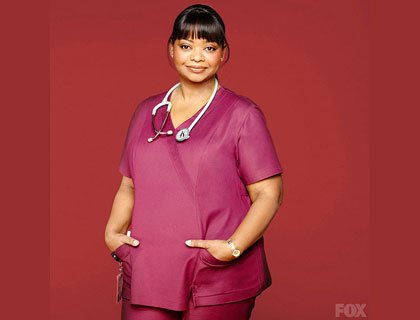 Over the last few weeks we have taken a look at the new fall TV programming concentrating on shows that feature African American shows or shows that feature blacks in prominent roles. If you missed any of our past articles, make sure you visit us online at www.baltimoretimes-online.com and on Facebook: The Baltimore Times. This week we have a final look at significant shows:

The Real Talk Show: Last year a few markets received the honor of being the test market for the show featuring Tamar Braxton; Tamera Mowry; Loni Love; Jeannie Mai; and Adrienne Bailon. These women reflect the home audience and unapologetically say what women are actually thinking. Their unique perspectives are brought to life through their candid conversations about topics ranging from their own personal lives to the news of the day to beauty, fashion and relationships. The show airs locally on FOX45 at noon and 6 p.m. on Black Entertainment Television.

If Loving You Is Wrong: Tyler Perry’s latest show debuted on the OWN Network September 9th. If you missed it, never fear, checkout the website: www.oprah.com/app/if-loving-you-is-wrong, to get yourself caught up. The sexy, sleek drama features a diverse cast and storylines ranging from heartfelt to scandalous. It takes viewers into the lives of a group of husbands, wives and friends that live and love in the same middle class neighborhood. On the surface they are true-to-life, relatable people— raising children, working jobs, finding and maintaining romance—but just below the veneer of happiness, their lives are entangled by heartbreak, deceit and lies that threaten to destroy everything. The show stars April Walker, Dawan Owens, Denzel Wells, Edwina Findley Dickerson, Malik Whitefield, and Tiffany Haddish. Catch a new episode Tuesdays at 9 p.m. on Oprah Winfrey’s OWN Network.

Red Band Society: Many are saying this will be the new breakout hit for the 2014-2015 season. Starring Academy Award-winning actress Octavia Spencer (“The Help,” “Fruitvale Station”), Dave Annable (“Brothers & Sisters,” “666 Park Avenue”) and a charismatic cast of fresh faces, “Red Band Society” is a provocative, unconventional and unique coming-of-age dramedy about a group of rule-bending friends and the adults who mentor them through the ups and downs of adolescence in Los Angeles' Ocean Park Hospital. The show airs Wednesday’s at 9 p.m. on FOX.