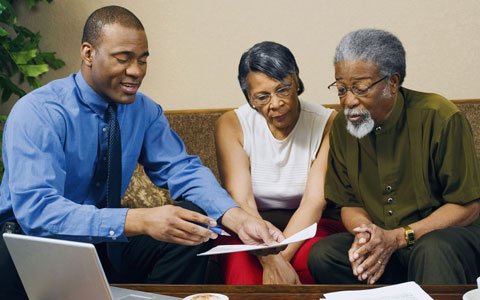 A new report issued on August 25, 2014, by the Center for American Progress (CAP) contends that the population growth and the reduction of economic and health disparities between communities of color has the ability to create a win-win situation for minorities and Social Security. (Courtesy Photo/BET.com)

Finally, there is some encouraging financial news for African Americans and Latinos.

A new report issued by the Center for American Progress (CAP) revealed that the projected population growth and the reduction of economic and health disparities between communities of color presents a clear opportunity to create a win-win situation for minorities and for the solvency of the nation’s Social Security system.

“Communities of color are growing at an impressive and inevitable rate, and policy investments that target their improvement are particularly important for the economic health of our nation as a whole,” said Farah Z. Ahmad, a policy analyst for CAP’s Progress 2050 project and co-author of the new report titled, “A Win-Win for an All-In Nation.”

“In 2010, communities of color comprised more than 36 percent of the U.S. population, and they are projected to make up the majority of the nation’s population by around 2043,” Ahmad said.

The authors of the August 25, 2014, report says that it’s undeniable that the rate at which minority communities are growing will naturally benefit Social Security’s finances because faster population growth translates into quicker employment growth, which means more workers will be contributing their payroll taxes to the system.

Currently, about one in five elderly Latinos and one in six retired African Americans live in poverty, said officials from the Economic Policy Institute (EPI).

Latinos and blacks tend to have lower lifetime earnings, which results in lower levels of Social Security income, Algernon Austin, EPI’s former director of Race, Ethnicity, and the Economy, noted in the agency’s report.

However, authors of the CAP report said minority communities may finally be realizing higher living standards, which will result in a financial boost for Social Security.

The most recent Social Security Administration trustees’ report estimated that rising population growth and presumably, long-term employment growth and other factors like increased immigration will help to improve finances.

By raising salaries for those in minority communities, the long term outlook brightens considerably, according to the report’s authors.

Social Security’s solvency could be ensured by a higher minimum wage, which would benefit minorities in particular, and CAP officials said if disability incidences were lowered, it would also help to improve finances.

The trustees’ report estimated that 5.4 out of every 1,000 individuals who have the potential to become disabled are awarded benefits annually. They say if the total were lowered to 4.3, Social Security’s long-term financial shortfall could be reduced by 9.5 percent.

CAP officials said creating better jobs for minorities would be one way to help reduce disability rates because blacks and Latinos have the highest rate of disability claims.

“Increasing contributions to Social Security is vital to the long-term success at a time when Baby Boomers are retiring,” said Christian E. Weller, co-author of the report and a Senior Fellow at CAP.

“As the gap between the incomes Social Security receives from payroll taxes and the benefits it has promised widen with Baby Boomer retirement, Social Security’s trust funds will eventually run out of money,” Weller said. “This could mean benefit cuts, tax increases and even fund transfers from other parts of the government to cover the shortfall in 2033 and thereafter, unless something changes such as substantial improvements in the economic fortunes of communities of color.”

However, CAP officials said lawmakers can achieve financial victory for minorities by embracing policies like raising the minimum wage and passing legislation that helps to reduce disability incidences, which ultimately would improve the economic and physical health of blacks and Latinos.

“Such policies could raise the living standards of communities of color today and substantially improve Social Security’s finances in the long term,” Weller said. “That would lift up the economic security of struggling middle-class non-Latinos, white families and communities of color alike.”