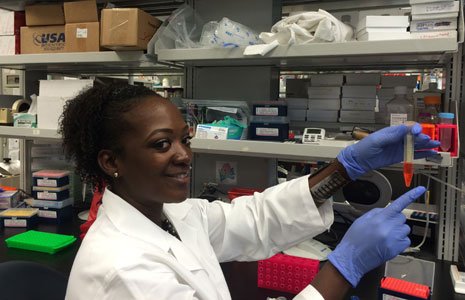 By now, we have all probably seen the Ice Bucket Challenge. It is wonderful that people from all walks of life come together to use social media for such good. The unity and generosity of hundreds of thousands of participants from different backgrounds has done even more than lead to donations of tens of millions of dollars to non-profit organizations in the name of ALS, it has raised awareness of this devastating condition.

Many people now know about ALS— amyotrophic lateral sclerosis— also known as Lou Gehrig’s disease, a devastating condition in which patients develop progressive muscle weakness leading to paralysis and death by respiratory failure, typically within two— three years of the first symptoms. The urgency of finding a cure is nationally recognized.

How do researchers intend to cure ALS? One of the first steps is to figure out what genes are damaged and lead to the disease. To find these genes, scientists are comparing the DNA of people with the disease to the DNA of people who do not have it. After genes are identified, the hope is that therapies will be developed to target what is damaged. In several diseases, it has already been shown that some people will respond better to one treatment over others because of the DNA they carry.

So, what can African Americans do to help take us toward a cure for ALS? Here are a few steps to consider:

•Enroll in a genetics research study if you are suffering from ALS or a disease like ALS. Donating DNA is quick and simple. It can be a blood donation. If you are scared of needles, you can donate saliva.

•If you are not suffering from ALS, educate yourself about the disease so that you can disseminate the information to help others make informed decisions about study enrollment.

The last several months have shown that the spread of information and action can allow us to bond as human beings and have a profound impact on others. The ALS community is grateful to have seen a range of people— from our sisters and brothers, to our neighbors, to athletes like Lebron James, entertainers such as Lady Gaga, and political leaders such as President George W. Bush, take up the Ice Bucket Challenge and take notice of ALS.

I am now challenging African Americans to help us continue on the path to a cure by doing what it takes to make sure we are included in genetics study of ALS. My research team is conducting a study. If you or a family-member are affected with ALS or a related disorder, we hope to hear from you. You can e-mail us at cc100h@nih.gov to find out more.

Janel Johnson, Ph.D. is a biologist who works in the NIA Laboratory of Neurogenetics, performing research on amyotrophic lateral sclerosis (ALS). She was inspired by the recent Ice Bucket Challenge to reach out to the African American community about the need for more participation in ALS research.