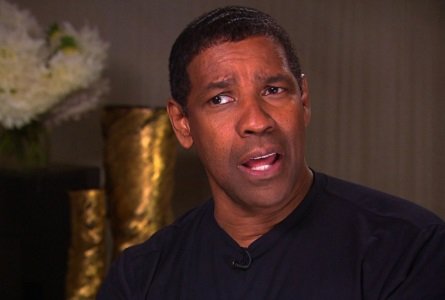 Now nearing 60, DenzerlWashington is still impressing at the box office, as his new action movie, "The Equalizer," is predicted to open at No. 1.

Everyone has their Denzel Washington moment.

It might have happened while watching his first Oscar-winning role in 1989's "Glory." Or maybe it was sparked during 1992's "Malcolm X" biopic.

But whenever it happened, even the most casual moviegoer can point to the movie -- and sometimes, the specific scene -- that made them realize Washington is a singularly gifted actor.

Now nearing 60, Washington is still impressing at the box office, as his new action movie, "The Equalizer," is predicted to open at No. 1.

Washington has been acting onscreen for close to 40 years and has filled almost every role possible, from icon and soldier to ladies' man and villain.

In "The Equalizer," he slips back into the shoes of the avenger, playing a seemingly mild-mannered book lover who's also more than willing to execute bad guys when a young prostitute he has befriended (Chloe Grace Moretz) gets hurt.

The movie itself has gotten mixed reviews, but critics agree that it's Washington that makes the running time worth it.

"Washington keeps you watching this sleazy stuff -- let's stipulate to that before anything else," said The Wall Street Journal's Joe Morgenstern. For The New York Times, Washington's "craft and discipline endow even exploitative nonsense like this with a center of gravity."

"The Equalizer" may not inspire another Denzel moment for fans, but one thing's clear: the gift still stands.