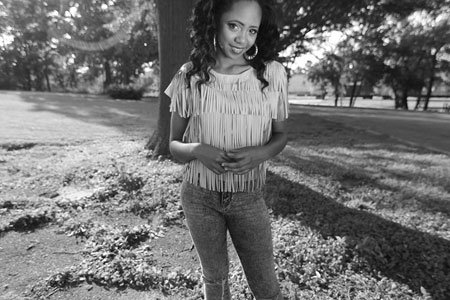 The school season has begun and that means the return of the “Indie Soul Student of the Week!” Our first student for the new school year is Montria Walker.

Montria is a senior at Centennial in Columbia. She is planning to attend college to study speech pathology. She has a GPA of 3.93 and is taking AP Psychology. With her eyes on the future she has plans on attending college and has narrowed her choices to the colleges that she's interested in attending are Towson University, Morgan State University, Peabody Conservatory, and Johns Hopkins University.

What really makes this student special is that she signed to a record label and has recently released her first single and music video “YOU” with the Chance Music & Media Group (CMG). The song can be downloaded from iTunes and Amazon. The single was produced with former member of ecording duo, RUFF ENDZ, David Chance. According to her publicist, “Montria’s single and album title track, “YOU” is a contemporary sound infused with modern-day pop, bringing a vibrancy and freshness to the song. It is expected to have major crossover appeal to both the young and older audience of music lovers, and gives special highlight to Montria’s amazing vocal abilities.”

For the second year in a row, she’s won a silver medal in the NAACP’s ACT-SO Competition for the Arts. The 2014 national competition was held in Las Vegas, Nevada. She was also featured in the film “Broken” with award-winning actors Tim Roth and Cillian Murphy. Congrats to Ms. Walker and we wish her much success. Be sure to check out our Facebook Page, (The Baltimore Times) to see Montria’s video for “You”.