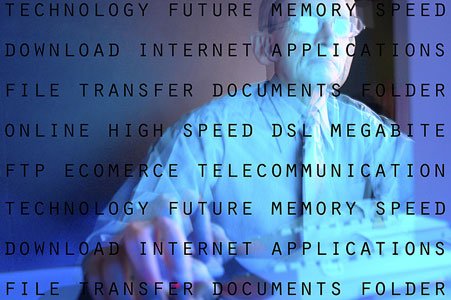 (NNPA) — “The industry that bills itself a meritocracy actually looks more like a mirrortocracy.”

— Mitch Kapor, co-chair of the Kapor Center for Social Impact

While the number of African American, Latino and women consumers of Internet and broadband products and services is rising, their numbers at the major Silicon Valley companies continue to lag way behind. After years of resisting disclosure, tech giants such as Apple, Facebook, Yahoo and Google recently released their employment diversity numbers. As we’ve long suspected, they show a striking lack of inclusion. 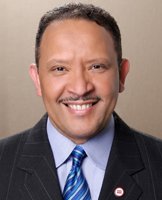 According to published figures, at Google, three percent of the staff is Hispanic and two percent is black. Both Yahoo and Facebook report that Hispanics and blacks make up four percent and two percent of their workplaces, respectively. When Apple makes an announcement, as in its recent introduction of the iPhone 6, it usually wants the world to stand up and take notice. This was likely not the case with the release of its diversity numbers last month, which showed the company is 55 percent white, 15 percent Asian, 11 percent Hispanic and seven percent black. In his statement upon release of the report, Apple CEO Tim Cook candidly admitted, “I’m not satisfied with the numbers on this page.” This acknowledgment is a first step, but the question for Cook and his Silicon Valley counterparts is: What are you going to do about it?

For years, Silicon Valley has used the specious claim of being a “meritocracy” to explain the lack of diversity in its ranks. It has never been true that African Americans, Latinos or women are somehow less able to excel at high tech jobs. It is true that communities of color and women continue to be underrepresented in the attainment of science and engineering degrees. The National Urban League is working to increase those numbers with efforts such as Project Ready STEM, which is supporting 10 Project Ready STEM sites across the nation. The sites are successfully operating STEM programs for nearly 300 middle or high school students, with the goals of ensuring that urban students have the necessary supports and opportunities available to them to succeed in STEM-related class work and exposing students to STEM-related careers.

However, as Freda Kapor Klein, co-chair of the Kapor Center for Social Impact explains, “The reality is that most of the barriers are structural…our sector is permeated by biases, both subtle and not so subtle.” Her co-chair and husband, Mitch Kapor, the designer of Lotus 1-2-3, adds, “Even as companies scramble to find workers in the most competitive hiring market in recent memory, most are continuing to bring aboard people who look like they do.”

It is not enough to lament the numbers; Silicon Valley must be more intentional about increasing diversity. The industry would do well to follow the example of some of the large telecom companies, which have taken proactive measures in recent years to increase diversity within their organizations. For example, AT&T’s Workforce Inclusion website states, “We know that diverse, talented and dedicated individuals are critical to our success, so we look for people from various backgrounds and give them opportunities to grow…we serve our customers better when we build diversity into all we do.”

Verizon has also made great strides in both employee and supplier diversity. According to Verizon Chairman and CEO, Lowell McAdam, “A diverse workplace is one of Verizon’s biggest strengths as a global innovation leader. Our employees’ unique backgrounds and perspectives are key to our success in delivering technology solutions that create value for our customers, shareholders and society.”

Silicon Valley companies must not only make similar statements, they must make similar commitments. They can begin by developing comprehensive diversity plans to cover hiring, procurement, governance and philanthropy. As major consumers of technology, people of color and women should also have a fair share of the jobs and wealth that Silicon Valley generates.