Matt Schaub discusses why he signed with the Ravens 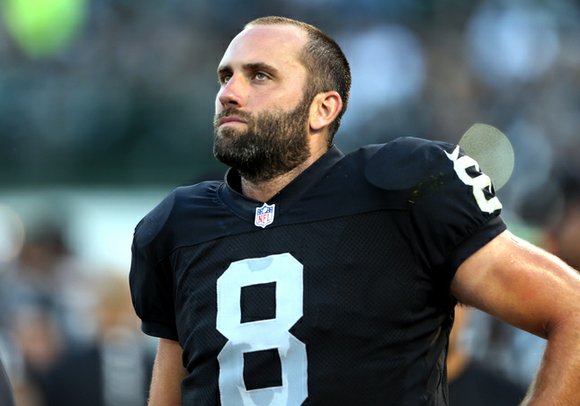 BALTIMORE — The Baltimore Ravens officially introduced backup quarterback Matt Schaub in a conference call with the local media. Schaub talked about how this was his first experience as a free agent and what it was that made him choose the Ravens. The last two times that he moved from one team to another was by way of trade. This time he had control of where he went and he wanted to come to Baltimore.

Schaub called the free agent process “unchartered territory.” He said that it was hard for him to be patient throughout the process. “As a player, you want definition of what your role will be and where you are going to be.”

Both the Ravens and Schaub feel good about the move. Head coach John Harbaugh said that Schaub is a great fit because “he knows the basics for the offense” and will be a good fit with offensive coordinator Marc Trestman.

Schaub talked to both Marc Trestman and quarterbacks coach Marty Mornhinweg prior to signing with the Ravens. “A lot of the core principles are similar. Trestman told me that a lot of the principles that Gary [Kubiak] put in last year will remain the same.” Schaub continued; “Some of the subtle nuances that they said they will put in to add their own style are really appealing to me because it’s what I do and what I have done in the last year or two.”

The scheme familiarity along with endorsements from former teammates and former offensive coordinator Gary Kubiak had a part in his decision to sign with the team.

There were other teams that reached out to Schaub including his former team the Atlanta Falcons. Schaub said that Baltimore stood out the whole time. He is looking forward to working with Joe Flacco. “We will help each other get better and I think we will have one of the best QB rooms in football.”

Being a backup instead of the starter is a role that Schaub had in the beginning of his career when he played with the Falcons. This will be the first time that he is going into a season as a backup since his days in Atlanta. The mindset that is required to be an effective backup is not something that he has forgotten.

“This role, to be a backup, you have to be ready to play mentally and physically. You have to prepare each week as if you are going to be the guy that will go into the huddle and take the snaps because the drop of a hat, you can be required to play.”

All in all, Schaub is thrilled to be a part of the Ravens and to have the opportunity to be a part of trying to bring a championship to Baltimore. He said that he has heard a lot of good things about the Ravens locker room from former teammates such as Owen Daniels that played for the team.

The contract is just a one year deal worth is said to be worth $3 million. It gives him a year to distance himself from a tumultuous year last season with the Oakland Raiders. As he said; “Sometimes you have to take a step back, take a deep breath and view things differently before you move forward and grab the bull by the horns.”

Schaub is a well accomplished passer having thrown for 24,311 yards and 130 touchdowns in his career. He set numerous passing records for the Houston Texans when he was coached by Gary Kubiak. In his opinion, Schaub has a lot of football left to play.