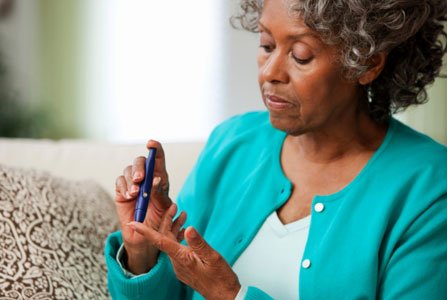 The statistics are sobering, if not eye opening.

Approximately 400,000 Maryland residents live with diabetes and nearly 1.2 million have pre-diabetes and are at risk of developing the debilitating disease.

For the Baltimore chapter of the American Diabetes Association (ADA), the numbers are far too high and, while officials at the nonprofit organization are concerned about everyone, they have put a bulls-eye on women, who are seen typically as the health care champion in the home and the individual who’s most responsible for preparing healthy meals. 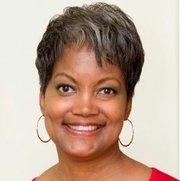 American Diabetes Association Board Member Dr. Michelle Gourdine, who is helping with a new program to aid diabetes sufferers.

“We don’t have a grasp on how serious a disease diabetes is and how increasingly common it is,” said Dr. Michelle Gourdine, who serves on the board of the ADA.

“Sometimes people refer to diabetes as having a touch of sugar and it makes it seems harmless but it’s not.”

“People with diabetes are susceptible to heart disease, going blind, losing limbs, all terrible outcomes to a disease that we can take steps to prevent in the first place.”

ADA officials said nearly 12.6 million women in the country are affected by diabetes, and the incidence of type 2 diabetes is more than double in the African-American community.

To address this, the Maryland chapter of the ADA held a screening event on March 24, in which they invited more than 100 women to take ADA’s Diabetes Risk Test.

Of the women taking the test, the ADA plans to select 50 to participate in “Fabulous You!” — a nine-month, educational, interactive diabetes wellness program geared toward helping women take control of their health.

“Clearly we’re targeting women not because they’re the only ones affected but we understand women are often the gateway to healthcare that may influence their mates to take care of their health,” Gourdine said. “We [women] prepare the meals and many other things and we want to make sure that women also focus on themselves by providing self care which isn’t a selfish thing.”

Gourdine says it’s her belief that women were raised to be natural providers, nurturing and putting others ahead of themselves. “But, we shouldn’t leave ourselves out of the equation by not taking care of us,” she said.

According to a recent study published by the Kaiser Family Foundation, nearly 40 percent of women are mothers with children under 16 years of age living at home and over 80 percent of those women shoulder the main responsibility for taking care of their children’s health.

Developed as a science-based and culturally relevant community initiative, “Fabulous YOU!” is also an interactive learning experience designed to address diabetes management for a select cohort of women who are living with or at high-risk for diabetes.

The program begins with “Diabetes Care Day,” a women’s screening event, to capture biometrics and level of commitment to improving health.

Participants will be connected to mentors who will support them in achieving their goals during and after the program, as well as medication management provided by the University of Maryland School of Pharmacy.

The inaugural program participants will support next year’s class as mentors, Gourdine said.

“We are certainly looking for those who will support this going forward with funding and resources,” she said.

ADA officials will track participants to ensure effectiveness and to help decrease weight, which Gourdine said contributes to diabetes.

“What’s most important to us is not only to motivate the women but to show real control and positive health outcomes from this program,” she said.