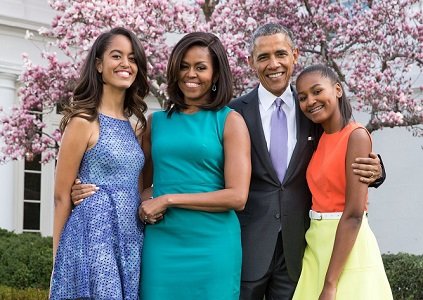 WASHINGTON (CNN) — Secret Service agents have one of the toughest jobs in Washington: They are expected, if necessary, to put their lives on the line in the protection of the President and his family.

They've also had to teach a teen to drive.

First Lady Michelle Obama revealed this week that her older daughter, 16-year-old Malia, was taught to drive by the Secret Service and occasionally drives outside the White House grounds on her own.

"The Secret Service [taught her], actually, because they wouldn't let me in the car with her," Obama told television host Rachael Ray in an interview that's set to air Thursday.

It's a good thing, too, as the First Lady told Ray she hasn't driven in seven or eight years, and admitted earlier this week she's forgotten some of the basics.

During a Monday interview on "Live! With Kelly and Michael," Obama said that when Malia asked her for advice on how to park in a public lot, the First Lady wasn't sure.

"I barely know now too so I have to check with other sources," she said.

Obama said that while Malia is typically covered by a security detail, she has driven on her own.

Allowing Malia to drive, Obama told Ray, is part of her parents' effort to give their kids as normal a life as possible, despite their unusual upbringing.

"Driving for Malia, I think, gives her a sense of normalcy, like the rest of her friends are doing. And my kids have got to learn how to live in the world like normal kids," she said.