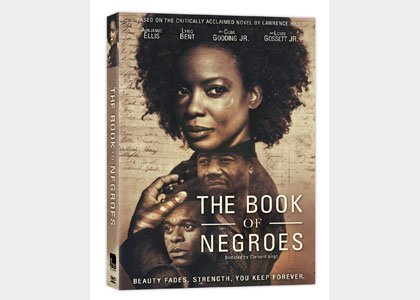 “The Book of Negroes” recounts the harrowing journey of Aminata Diallo’s (Aunjanue Ellis) return home after being forced into slavery as a child. A universal story of loss, courage and triumph, the acclaimed mini-series, which made it’s United States broadcast premiere on BET in February this year is now available as a special edition three-disc DVD, exclusively from Entertainment One.

Indie Soul had a chance to chat with the Aunjanue Ellis and director, Clement Virgo to get their thoughts on the movie, its appeal for young teenagers and kids, and the importance of supporting similar projects.

Indie Soul: What was the personal impact of playing the part of Aminata

Aunjanue Ellis: Clement and I discussed that we wanted African-American women to see themselves in her. So many women through social media, or wherever I went, including young girls— as young as seven— were thanking me for that character. Because of “The Book of Negroes,” we moved people to visit places like Civil Rights Museum and look at their history. Young children see themselves in my character, which makes me happy. We have created these characters that make people thankful and I am so happy for that.”

Indie Soul: What impact do you think this story had on young people?

Clement Virgo: “This generation seems to be interested in their past. They are open and curious. When we were in D.C. at Dunbar High School, when they see Aminata with her family and seeing her brought to America as a slave. This had a very lasting effect. I wanted to make a movie that would have them engaged. I wanted to give them a piece of history where they could connect and would keep them captive. I wanted the audience to feel her and keep them watching for the six hours.”

Indie Soul: What do you say when you hear African-Americans say, “I am not going to a watch another slave movie”

Aunjanue Ellis: I get defensive when I hear that. It is deferred physiological effect. They think it’s a damage of weakness as they see a reflection of themselves of the past and they don’t want to see or watch that. I have to look at that from that point of view and not get hot about it.

Clement Virgo: When you see a holocaust film— each year we see at least one from “Sophie's Choice,” “Schindler’s List,” or the new movie “Ida.” These kind of stories are great. They tell and continue to tell the Jewish story. The same can be said of black films in cinema. They are few and far between these types of cinema. “Roots” was in the 70’s and we didn’t have a another definitive slave film until “12 Years A Slave.”