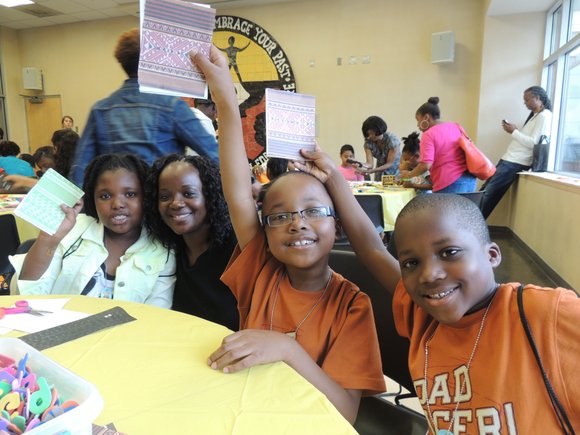 BALTIMORE — The Reginald F. Lewis Museum hosts the 3rd annual African American Children’s Book Fair, featuring books, stories and characters that children can relate to. Children and their families will enjoy readings from award-winning authors, illustration workshops, live cultural performances and other fun-filled activities. Additionally, families can explore the Book Village for hard-to-find titles. This showcase of African American children’s literature is the largest of its kind in the Maryland and Washington, D.C. Area.

Free children’s books will be distributed while supplies last. Admission to the museum is free during the event.

This program is sponsored by BGE and presented in partnership with Baltimore City Schools and the Enoch Pratt Free Library.

Just three out of one hundred children’s books published in 2013 were about African Americans, according to a study published by the Cooperative Children’s Book Center at the University of Wisconsin. The African American Children’s Book Fair, in its third year, was organized to encourage literacy, promote a reading culture, and establish family engagement that convenes parents and children around interest, enthusiasm, and excitement for African American children's books. “Children’s book fairs are so very important; they are one of the few remaining ways for readers to discover the wealth of African American children’s books that are available,” says Troy Johnson, President of African American Literature Book Club. Skipp Sanders, Executive Director of the Reginald F. Lewis Museum says, "It's crucial to have books with role models that reflect young readers. Otherwise, the risk becomes that our next generation grows up feeling invisible, and it becomes that much harder for them to build a positive self-image at a critical time in development.”