Blacks missing out on ‘Obamacare’ savings 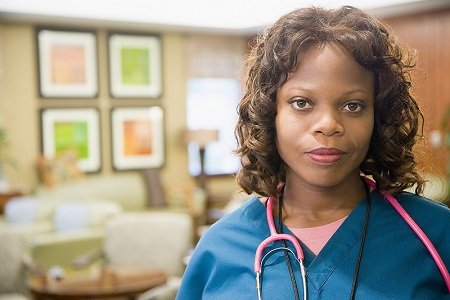 According to the AJS report, more than 40 percent of Black enrollees and more than half of White enrollees didn’t know which services were covered under their health plans and which services they would pay for out-of-pocket. (Stock Image)

WASHINGTON (NNPA) — Even as health care costs continue to cause concerns for the poor, nearly 40 percent African Americans and about half of Whites didn’t know that the Affordable Care Act (ACA) can help those that need it the most to cover some of those costs.

According to the new report by the Alliance for a Just Society (AJS), a national research network that analyzes health issues including Medicaid, prescription drugs, and insurance industry practices play a major role in coverage savings.

The AJS report said that the rejection of Medicaid expansion in those states remained the most significant barrier to health care for the poor and African Americans.

In the report, Linda Quick, the president of the South Florida Hospital and Healthcare Association, said, “Trying to convince legislators with economic arguments has NOT persuaded the supposedly ‘business-oriented’ chambers-of-commerce-backed legislators about Medicaid expansion. Their objection is clearly ideological, not practical.”

Most states – 28 and Washington, D.C. – have expanded Medicaid and Blacks accounted for 16.7 percent of the marketplace enrollees and Whites made up 62.9 percent of the enrollees. The second enrollment period just ended in February 2015 and 11.4 million Americans have signed up for private health insurance coverage through marketplace exchanges.

But cost technology and language access created barriers that made it more difficult for some to register, especially poor people of color.

Antron McKay-West of Upgrade Mississippi, a youth development and community group, said that it’s so rural, most people can’t imagine life there.

“Most people don’t have Internet, if they do, it is very slow, it’s not the technology most are used to,” McKay-West, who grew up in the Mississippi Delta, said in the AJS report. “During enrollment, some people were told to just go to the library and use the Internet. In the neighborhood where I grew up, the library is 15 miles away.”

More than 40 percent of Black enrollees and more than half of White enrollees didn’t know which services were covered under their health plans and which services they would pay for out-of-pocket.

The report offered a number of recommendations, including expanding Medicaid in the 22 states that refused federal funding, ensuring that all health plans cover yearly check-ups, immunizations and screenings at no additional cost and measuring results by collecting data on by race, ethnicity, primary language, gender, disability, and sexual orientation. The report also recommended expanding school-based health clinics in underserved communities.

LeeAnn Hall, the executive director of AJS, said, “We will continue to fight to see that disparities are addressed and that these recommendations are put in place.”

Gary Delgado, the author of the report and a longtime civil and human rights leader, said that the Affordable Care Act is a big, new house built on the old foundation.