Author discovers how to be 'brave in a new world' 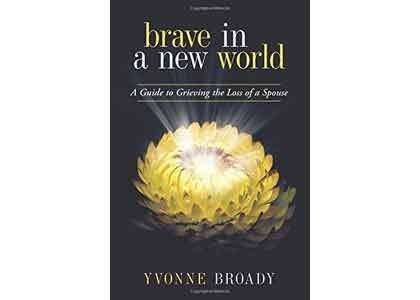 It’s a day that Yvonne Broady will never forget. On January 24, 2009, her beloved husband Clarence Cortez Loftin III, a distinguished venture capitalist and educator succumbed to pancreatic cancer sending her into deep depression and loneliness. 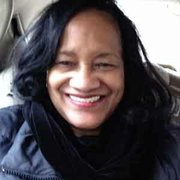 Broady says she scoured bookstores and other means to find solutions to the various emotions that she was going through, but none surfaced.

As she navigated her way through such a dark time, Broady knew she was entering into a new phase, a new world in which she had to be brave.

“The prospect of waking up every day and being faced with the same reality was very exhausting to me and I really wanted this to be over,” she said. “At night, I would go to bed and pull the covers over my head and hope that I would sleep for several hours, only to be met with the same reality of another day without my Chuck.”

A former art teacher, Broady went to work on a book about her experience with the goal of helping others dealing with similar trauma.

Earlier this year, she released the novel, “Brave in a New World: A Guide to Grieving the Loss of a Spouse,” in which she shares her journey through the grief process. Broady said while her husband’s anguish and pain from his battle with cancer had ended hers had just begun.

“This book is about being brave and courageous in a brand-new world. This is not meant to be a definitive guide on how to grieve, but I hope my experience will assist those who are grieving the loss of a spouse by illustrating what can be expected as one embarks on a grieving journey,” Broady said. “After years of marriage, no matter how few or how many, it is up to the grieving spouse to re-create a life for her or himself. I hope this book helps to make that task easier.”

Through personal examples, she illustrates the new world that the death of a spouse brings and she discusses the steps she took to handle the emotional pain.

Broady narrates the effects of the grieving process, which she says is a long and arduous course, and the only one who can get through it is the one who is left— the bereaved spouse.

“People don’t understand that because a person has a terminal illness it doesn’t mean they’ve given up,” she said. “They might say that you knew [death] was going to happen, but in our case, Chuck and I decided that we were going to be hopeful and we hoped for a miracle.”

She says after her husband’s diagnosis, she went to the World Trade Center in New York to put in her retirement papers.

“I didn’t get the opportunity to think about being retired and here I was at— of all places— the World Trade Center. The depression was already real because you’re supposed to be feeling elated but look where I was, and look at why I was putting in my papers,” Broady said.