Homeowners have until May 1 to file to determine eligibility for July 1, 2015 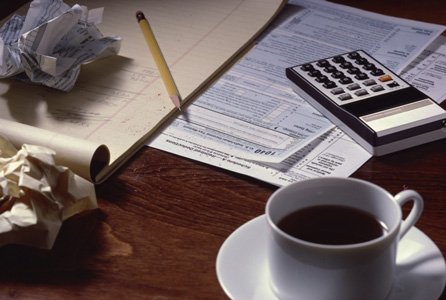 BALTIMORE — If you own a home in Maryland, you may already know that the property value where your home is located is reassessed once every three years. But did you also know there is a program, which may help make large assessment increases more manageable? It’s called the Homestead Tax Credit, and for homeowners who haven’t filed the one-time application, the deadline is on May 1, 2015.

In 2007, the General Assembly enacted legislation, which requires all homeowners to submit the one-time application to determine eligibility to qualify for the credit. When the bill originally passed, there was a select group of homeowners who had acquired their homes prior to December 31, 2007, and they were “grandfathered” into the program. Under the 2007 legislation, this group was required to file an application by December 31, 2012, in order to remain eligible for the credit.

A subsequent bill in 2013 provided the grandfathered homeowners:

·An extended application deadline through December 30, 2013

·The removal of the credit for the 2014 tax year

·A reinstatement of the credit only for the 2015 tax year

·A revised filing date from July 1 to May 1 of the first taxable year for which the property tax credit is allowed.

Any grandfathered homeowner who does not file an application by the May 1, 2015, deadline will lose their eligibility to reclaim the previous Homestead Credit base.

Homeowners who file the application do not automatically receive the credit. The one-time application is used to determine eligibility for the program. If eligible, the credit helps homeowners by limiting the increase in yearly taxable assessments to a fixed percentage, up to 10 percent or less each year, on their primary residence. The credit will be granted if the following conditions are met during the previous tax year:

·The property was not transferred to new ownership

·The previous assessment was not clearly erroneous

·The dwelling must be the owner’s principal residence and the owner must have lived in it for at least six months of the year, including July 1 of the year for which the credit is applicable, unless the owner was temporarily unable to do so by reason of illness or need of special care. An owner can receive a credit only on one property— the principal residence.

The one-time application is required, because some property owners were previously, and incorrectly, receiving credits on secondary/vacation homes and rental properties. The credits for the multiple properties resulted in lost tax revenue for the counties and local governments. That revenue helps the local governments pay for services for their residents.

If you have already filed your application, do not file again. If you’re not sure if an application was submitted, look it up in the Real Property database on the SDAT website.

New homeowners should receive an application from SDAT once the deed is recorded and updated in SDAT’s database. If you didn’t get an application, you can fill it out and apply online, or fill out a paper application and fax it to 410-225-9344, or mail it to:

Department of Assessments and Taxation