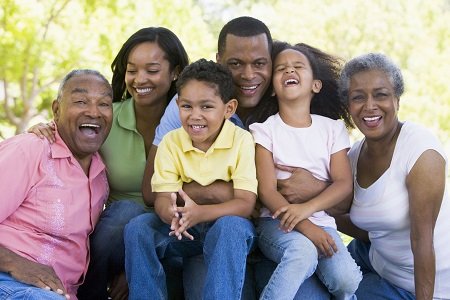 WASHINGTON (NNPA) — As Medicare and Medicaid turn 50 this week, the nation takes a look at the impact of two of the most significant government programs ever launched.

Medicare serves roughly 52 million Americans as of 2013, about 10 percent of whom are Black. The program is part of the Social Security Act and was created to provide health insurance for seniors regardless of income or health status. Today, Medicare covers seniors, permanently disabled people of all ages, and people with Lou Gehrig’s disease (ALS) or end-stage kidney disease.

“Medicare in the African American community [has] been a lifesaver,” said Karyne Jones, president and CEO of the National Caucus and Center on Black Aging. “Without it, a very large majority of Black seniors wouldn’t have any health care. As a result of … all of those institutional things that occurred, we didn’t have jobs in the ‘40s and ‘50s and even ‘60s that provided [retirement] health care programs or insurance programs. So it’s a blessing.”

Further, pensions have weakened over the last decade through state deficits and penny-pinching corporate policies.

“There was a time when, if you worked for a place for a long, long time, after you retired you could still have some insurance with that company. Those days are gone,” Jones said. “You can imagine what it’s like to work all your life without coverage – as you get older, those chronic diseases start kicking in. And if you’ve not caught them early or been able to maintain them, they’re worse as you get older. And just think, you have no medical coverage, you have no health care? So your life expectancy and the dignity of your life is zero. This is a program that is crucial.”

While policy analysts and politicians agree that Medicare has been one of the nation’s most effective public programs, the logistics of the program are very confusing for both beneficiaries and health care providers.

There’s also the prevalent belief that the program is slowly spiraling out of control.

The Kaiser Family Foundation reports that the program’s $505 billion allotment was 14 percent of the last year’s federal budget. The program regularly overspends its limit, and will only get more expensive; the cost of health care rises each year, millions of Baby Boomers are retiring, and the smaller number of younger workers and payroll taxes from dwindling wages will not be enough to support the Boomers.

Medicaid – Medicare’s equivalent program for low-income Americans – is even more contested in its 50th year.

According to Samantha Artiga, policy analyst for the Kaiser Family Foundation, the racial disparities that make Black seniors reliant on Medicare are the same ones that make Medicaid so vital for Black families and individuals. She points out that Medicaid covers more than half of all Black children and Latino children, and that Black families are much less likely than Whites to have high wages or insurance through their employer.