Can taxing pimps and prostitutes save Social Security? 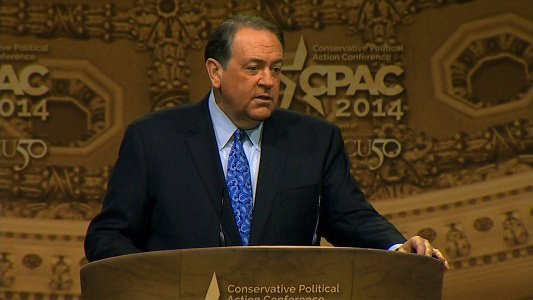 Huckabee defended his support of the Fair Tax at the Republican debate on Thursday evening. Pushed by Americans For Fair Taxation, the tax reform proposal calls for replacing income and capital gains taxes, as well as payroll taxes, with a national sales tax.

Taxing people on what they buy, rather than on what they earn, would not only fund the federal government, it would shore up the shaky finances of the nation's largest entitlement programs, Huckabee asserts.

"The Fair Tax transforms the process by which we fund Social Security and Medicare because the money paid in consumption is paid by everybody, including illegals, prostitutes, pimps, drug dealers, all the people that are freeloading off the system now," he said at the debate.

The idea is that tax evaders and those involved in the sex trade and other illegal activities who don't pay taxes on the income they earn. But under a Fair Tax, they'd have to pay taxes on the items they buy, just like everyone else. So that now-hidden income would be subject to tax.

Huckabee, however, is one of the few who thinks the Fair Tax is a viable alternative. The proposal would not only fail to fix Social Security's problems, it wouldn't bring in the same amount of revenue as the current income tax system, experts said.

"The rate is just not enough to replace all the revenue they want to eliminate," said Alan Viard, resident scholar at the American Enterprise Institute, a conservative think tank.

The tax comes with a host of problems. First of all, it's considered regressive, meaning it hits lower-income Americans harder than wealthy ones (even with a so-called prebate, which would make a certain level of spending tax-free in order to alleviate some of the burden on the poor).

Also, the rate would have to be pretty high. Americans for Fair Taxation say the rate would be 23%, but that means that out of a $1 purchase, 23 cents would be tax and 77 cents would be the cost of the product. That's more like a 30% rate the way sales taxes are calculated in the U.S., said Joe Rosenberg, senior research associate at Urban-Brookings Tax Policy Center, a non-partisan research group.

That high a rate would be difficult to enforce, even harder than the current income tax system, he said. Businesses would be tempted to under-report their sales and customers would push to pay in cash to avoid it.

The idea of a national retail sales tax was considered by President George W. Bush's tax reform panel in 2005, but was dismissed because it was too tough to administer and enforce, Rosenberg said.

Huckabee's spokespeople did not immediately return a request for comment.