Results are in: School starts too early, autism screening, PTSD and more 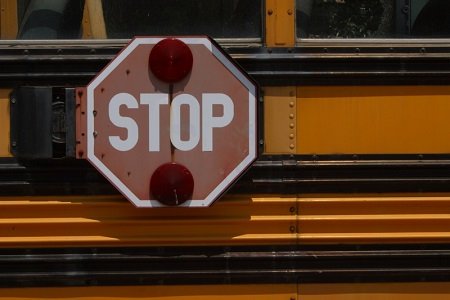 CNN — Here's the fascinating research we're watching from around the world. CNN Health & Wellness has gauged these studies' potential impact on our health.

School starts too early for teens

Middle and high school students are starting their school day too early, according to data published in the Centers for Disease Control and Prevention's Morbidity and Mortality Weekly Report. The CDC and U.S. Department of Education researchers reviewed data from the 2011-2012 academic year and found that among the nearly 40,000 schools surveyed, 17.7% of public schools started school at the recommended time of 8:30 a.m. or later. Students in Louisiana had the earliest average start time (7:40 a.m.) while Alaska started latest (8:33 a.m.).

In 2014, the American Academy of Pediatrics recommended that schools start no earlier than 8:30 a.m., so teens can get more sleep. Sleepy students can suffer from poor grades and be at risk for depression and obesity. However, obstacles for moving school start times later include difficulties in scheduling after-school activities, as well as costs and traffic congestion associated with changing bus schedules, according to the report.

Autism screening for children under 3

The U.S Preventive Services Task Force says more research is needed on the benefits and potential risks of screening children younger than 3 for autism spectrum disorder before they can recommend it. The task force is an independent group of 16 experts who evaluate research regarding preventive medical services.

Right now, kids are screened for developmental disabilities, including autism, at 9-, 18- and 24- or 30-month well-child doctor visits. One study found that early detection and interventions could help children reduce developmental problems caused by autism. But the task force calls for more robust studies to better understand how screening affects childrens' health and development.

Some leading medical organizations aren't pleased with this recommendation. The American Academy of Pediatrics called the task force's findings "very disturbing." The academy warned it would be a "major step back" to stop screening in the interim. The recommendation draft is open for public comment until August 31, 2015.

Mindfulness may help veterans with PTSD

Among war veterans returning from Afghanistan and Iraq, 23% have post-traumatic stress disorder, but practicing mindfulness may reduce symptoms, according to a study published in JAMA.

Researchers from the Minneapolis Veterans Affairs Medical Center recruited 116 veterans with PTSD and randomly split them into two groups. One group was instructed in mindfulness-based stress reduction, which teaches people to remain present in the moment without judgment, while the alternate group received present-centered group therapy, focusing on current life problems as manifestations of PTSD. After nine sessions, the mindfulness group self-reported a reduction of PTSD symptoms. But more research is needed to determine long-term effectiveness.

"Although it appears to be a promising intervention, we couldn't clearly conclude it would be efficacious," said co-author Melissa A. Polusny, Ph.D., an associate professor at the University of Minnesota Medical School. A long-term study is needed to determine if mindfulness could replace other first-line treatments, said Polusny. In the interim, mindfulness may be useful for veterans who have difficultly tolerating treatments focused on trauma memories, she added, as it can act as a gentler form of exposure than focusing directly on the trauma.