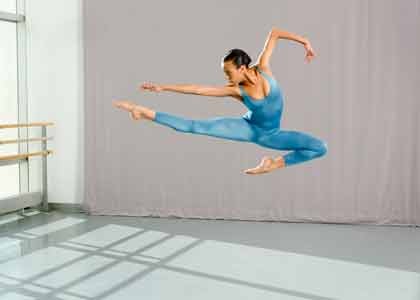 She started dancing at the age of three and that was only because her mother went to a Target store and picked out a ballet outfit just to see how her toddler would look in it.

For Courtney Celeste Spears, it’s like she never took off the leotard.

“I freaked out and when I got the outfit, I was like, ‘I want to do ballet’ and my mom laughed and told me that I hadn’t even started dancing yet,” said Spears, a graduate of the Baltimore School for the Arts and currently a senior in the Ailey/Fordham University BFA program in dance with a minor in communications studies. “My mom then took me to ballet class and the rest is history.” 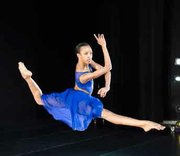 History now includes being the recipient of the prestigious Princess Grace Foundation-USA award, which provides more than $1 million to artists in theater, dance performance, choreography and film.

The 33rd Annual Awards continues the legacy of Princess Grace Kelly of Monaco, who helped emerging artists pursue their artistic goals during her lifetime.

Spears was selected as one of two dance scholarship recipients for 2015.

“I started crying when I heard that I had gotten the scholarship,” she said. “I was very dramatic and I had to apologize to the representative on other line because I just busted out in tears. It didn’t hit me until I got an email from them and that’s when I realized that I didn’t dream it.”

Spears says that she has enjoyed every moment of her dance experience. She also says she didn’t realize when she was younger that dance was something she could do professionally.

“Then I went to a really small studio in Columbia, Maryland and that was the beginning of the transformation of my love of dance from a hobby to a passion,” she said.

Ballet teacher Maureen Wheeler told Spears that she had a bright future and recommended that she attend the Baltimore School for the Performing Arts.

“It was there that I thought about dance as a career option and now things changed from love and passion to wanting to make a career out of dance,” Spears said.

She represented Fordham University on the cover of Dance Spirit magazine’s September 2013 “Higher Education” issue and was the 2014 recipient of the Denise Jefferson Memorial Scholarship.

“Fordham was the first school I auditioned for and the last one I found out about. I auditioned and knew I wanted to be in New York City,” Spears said. “I could hop on a bus and come back home in three hours so I was thrilled and my school is a two second walk to Lincoln Center, so I was beyond ecstatic.”

Spears said she has plans to travel the world.

“I love culture, food and traveling and I truly love that this career allows me to see the world and see this dream that I have,” she said. “I want to start a foundation too where I can help be a bridge for children who have natural talent because I was very fortunate to have a wonderful support system.”

Spears, who is in her first year with Ailey II which is the second company of Alvin Ailey American Dance Theater, will join other members of Ailey II for two performances at Stephens Hall at Towson University at 2 p.m. and 7:30 p.m. on Sept. 26.