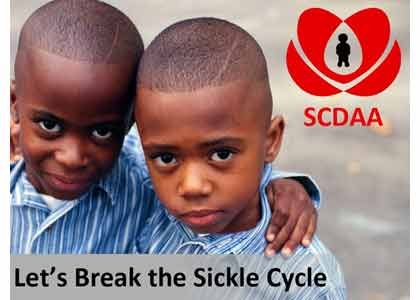 A more than $2.6 million two-year grant that promises to help support and fortify the quality of care and address the needs of people living with sickle cell disease has been awarded to the Sickle Cell Disease Association of America (SCDAA). (Courtesy Photo/SCDAA)

BALTIMORE — A more than $2.6 million two-year grant that promises to help support and fortify the quality of care and address the needs of people living with sickle cell disease has been awarded to the Sickle Cell Disease Association of America (SCDAA).

Officials at the Baltimore-based nonprofit say they are proud to announce that the organization is the recipient of the Sickle Cell Disease Newborn Screening Project cooperative agreement awarded by the Health Resources and Services Administration in Rockville, Maryland.

The project is a two-year collaboration that will utilize SCDAA’s alliance with 10 of the most robust regional community-based organizations and stakeholders across the country to improve sickle cell care for a broader population of patients, according to officials.

“Newborn sickle cell trait and sickle cell disease screening are helpful to both potential families and to families who are still in child-bearing ages,” said Julie A. Dunbar, an outreach coordinator for the organization and co-chair of the Sickle Cell Community Advisory Council. “Centers and families will benefit by continued awareness and screening of this blood disorder. We don’t feel that we could have too much attention given to preparedness when looking at the obstacles associated with the disease itself.”

Sickle cell disease (SCD) describes a group of inherited red blood cell disorders, according to information provided by the National Institutes of Health in Bethesda. Individuals with SCD have abnormal hemoglobin, called hemoglobin S or sickle hemoglobin, in their red blood cells.

Hemoglobin is a protein in red blood cells that carries oxygen throughout the body.

People with SCD inherit two abnormal hemoglobin genes, one from each of their parents. In all forms of SCD, which is not contagious, at least one of the two abnormal genes causes an individual’s body to make hemoglobin S. When someone has two hemoglobin S genes— Hemoglobin SS, the disease is called sickle cell anemia, the most common and often most severe kind of SCD.

The $2,679,000 grant awarded to the nonprofit in May for a period of two years, is an example of the Health Resources and Service Administration’s continued and unwavering support of furthering the research, education and treatment of people living with sickle cell disease, according to a news release.

Dunbar says the purpose of the project is to support the endeavors of the SCDAA in fortifying the quality of patient care on a holistic basis and not just the malady to address all needs of patients living with the disease.

Ten community-based organizations were chosen specifically for their strength in leadership and partnership in five of the HRSA designated regions across the nation.

They will extend their reach by uniting with multiple state partner community-based organizations and other institutions to deliver service to patients, with special focus in hard to service and rural areas to overcome social and service access obstacles.

“The resources and services will be enhanced through this collaborative, which can positively trickle down to patients,” Dunbar said.

Last fall, SCDAA and the sickle cell disease community issued a public petition to the White House, requesting reauthorization of the Sickle Cell Treatment Act, declaration of SCD as a national priority and funding for SCD programs in the President’s budget. The petition goal was 100,000 signatures within one month, but the overwhelming support of the SCD community and general public earned it 124,206 signatures before the deadline.

“SCD is a major public health concern that warrants ongoing federal support and is a priority for President Obama and his Administration,” a White House spokesperson said in response to the petition, adding that multiple national departments would develop

SCD-related health programs to meet objectives of improved care, increased awareness, quality education and progress towards a cure. “The Administration is hopeful that this pairing of communities and big government can eliminate this disease for future generations.”