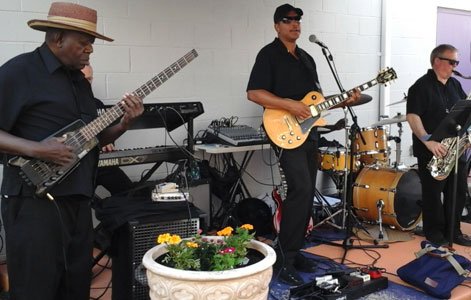 Dr. Phill Butts and the Sunset Band will perform at the Jazz Expressways Foundation Jazz Breakfast on Saturday, December 11, 2015 at the Forest Park Senior Center located at 4801 Liberty Heights Avenue in Baltimore from 10 a.m. to 2 p.m. For more information, call 410-323-7295.

Hello my dear friends, the year is coming to an end. It has been a rough year for many. This is a sad situation. But life goes on and we must live life to its fullest and pray for the families who lost loved ones. 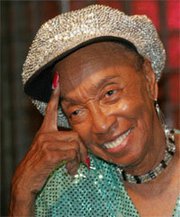 Norma Miller known world-wide as the “Queen of Swing” dance and the foremost proponent of the “Lindy Hop” celebrates her 96th birthday with Shirley Duncan's and Norma Miller fundraiser event on Sunday, December 6, 2015 from 6 p.m. to 10 p.m. at the Turf Valley Grand Ballroom located at 2700 Turf Valley Road in Ellicott City, Maryland. For ticket information, call 410-370-8489.

This week my headline goes out to a lady who is celebrating her 96th birthday in a big way right here in Baltimore. I am talking about the one and only Norma Miller. I just learned recently about this fantastic woman from Shirley Duncan when she invited me to an event a couple of years ago where I met Ms. Miller in person.

She is absolutely amazing. She was born on December 2, 1919 in Harlem, New York. Both of her parents were from Bridgetown, Barbados. There’s not enough room to tell you whole story, but here’s the short version. Norma Miller got her start at just 12 years-old in The Savoy Ballroom in New York. She entered the Savoy Lindy Hop Contest, which was held at the Apollo Theater and won. She is the author of several books about dancing and she has appeared in six films and four television series. Her best-known film appearance was in the swing dancing scene in the film “Helizappoppin” featuring Whitey’s Lindy Hoppers. In 2003, Miller received an award from the National Endowment of the Arts for creating and continuing to preserve “the acrobatic style swing dance, known as the Lindy Hop. You can see and meet her at Shirley Duncan’s event and help her celebrate her 96th Birthday on Sunday, December 6, 2015, at Turf Valley Grand Ballroom located at 2700 Turf Valley Road in Ellicott City, Maryland. For tickets, call Shirley at 410-3708489. 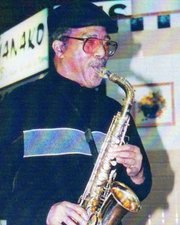 Renowned saxophonist Arnold Sterling passed away on Thursday, November 12, 2015 peacefully in his sleep.

A couple of weeks ago, a dear friend and musician, Philip “Sir Andre” Stancil, known for his gifted fingers on the keyboards and organ passed away. Last week, Arnold Sterling another well known musician and alto saxophonist passed away very peacefully in his sleep. Sterling received his first horn at the age of 13 and taught himself to play. While attending Carver High School in Towson, Maryland, he formed a three-piece band and played for proms and dances. In the late 60’s he joined the Bill Byrd Trio featuring Johnny Polite on drums and Liz Figueroa as vocalist, enjoying a lengthy stay at Buck’s Bar on Pennsylvania Avenue. During this time, he met his mentor and good friend the late Sonny Stitt, who took him under his wing and taught him about the music business. Sterling joined Jimmy McGriff Band in the early 80’s and traveled the country and overseas. He is featured on several of McGriff’s albums and also recorded several albums of his own. Prior to his death, he freelanced around the Baltimore/District of Columbia area, especially the Westminster Presbyterian Church Jazz and Blues shows on 4th and I Street. Arnold loved his “straight ahead” jazz and always said he would play his horn until God called him home. Well, God has called him home. Rest in peace my friend. At Arnold’s request, a funeral will not be held. However, musicians may contact Robert Shahid, Eleanor Janey, Ron Pender or Nevitta Ruddy who are working on a musical tribute in his honor. 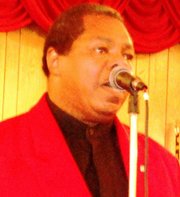 Minister Robert Wilson celebrates his 31st anniversary of the Shouting MC on Sunday, December 13, 2015 starting at 2 p.m. at the Miracle Deliverance Center Church located at 3108 Walbrook Avenue in Baltimore.

Well, my dear friends, this is it. I am out of space. Just remember to send your flyers, press releases and pictures at least 3 weeks before the date of your event. If you are having a Christmas or New Year’s Eve event I would need that information this week. If you need me, call me at 410-833-9474 or email me at rosapryor@aol.com. UNTIL THE NEXT TIME, I’M MUSICALLY YOURS.