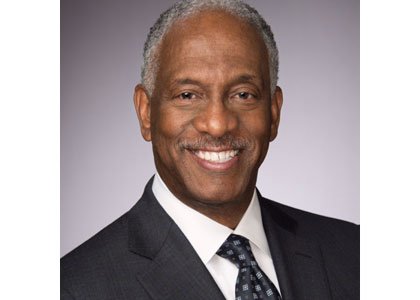 When Michael Cryor says there is still a lot of work to be done, it’s prudent that one consider the source.

The ever-busy Cryor who earlier this year was named as the chair of OneBaltimore, usually works tirelessly day and night, seeing a mission to perfection or at least until nothing more can be accomplished.

“I’d rather fail trying than not to try,” said Cryor, who earned a Bachelor’s Degree in Experimental Psychology from Morgan State University and a Master’s Degree in Developmental Psychology from Montclair State University. “The people in Baltimore are enormously capable of doing extraordinary things. If we could create a better set of circumstances to cause people to be trained in living wage jobs, that would be good place to start.”

In the wake of the unrest earlier this year sparked by the death of Freddie Gray, Baltimore Mayor Stephanie Rawlings-Blake established OneBaltimore, a comprehensive and collaborative public and private initiative to support efforts to rebuild communities and neighborhoods. She tapped Cryor to lead the initiative and he hasn’t stopped working.

“We have taken nine meetings a day,” Cryor said. “During what I call Phase I of OneBaltimore, we conducted over 530 meetings and gatherings since May. The pace is not sustainable but we did it because we didn’t want anyone in the community to feel their requests were unimportant and our community has often felt like they’ve been left out of the equation.”

“I haven’t worked this hard in jobs that I get paid for,” Cryor added.

Those paid jobs include being president of the consultant firm, The Cryor Group, LLC, where the Baltimore native has earned respect for his ability to facilitate large complex agreements in both the public and private sectors with clients like Exelon Corporation, Northrop Grumman, Kaiser Permanente, the University of Maryland School of Medicine, and the Baltimore City School System.

Cryor has also worked as psychologist and director of the Department of Consultation and Education at the Albert Einstein College of Medicine in New York; an associate dean at Morgan State University and in various executive positions in both chambers of the United State Congress.

In 2007, he was elected Chair of the Maryland Democratic Party and was instrumental in the historic election of President Barack Obama.

Now, OneBaltimore has encouraged the City Council to consider a bill that would fund more Recreation-Tech centers to serve as after school space for children that would provide them with the necessary technology they may not have at home to complete their homework.

“Children need greater access to technology, and they need to be exposed early on,” Cryor said.

Reportedly, in the aftermath of the riots, a lack of recreation centers was cited as one of the reasons that so many young people were involved in the unrest.

Cryor says his group will focus on workforce development because it is essential to the long-term issues in Baltimore.

“Getting your bills paid is one thing, but working in a job and the dignity that comes with that is a whole other thing,” Cryor said.

Immediately upon his appointment, Cryor sought local employers who were willing to provide summer jobs to 3,000 city youth. OneBaltimore generated nearly $3.5 million to go along with those 3,000 summer job placements, according to Cryor.

Such action syncs with the broader goal of the OneBaltimore initiative, which is to address systemic problems, such as lack of employment and educational opportunities, in poor neighborhoods, he said.

“There is a moment now in Baltimore where people in all of our communities are joining together and are insisting on a dramatic and nontrivial change in the direction of our city,” Cryor said, adding that he is hoping to soon make an announcement about specific programs in job training, neighborhood investment and education that could spark a renaissance in Baltimore. “We have the eyes and ears of the federal government and the White House.”