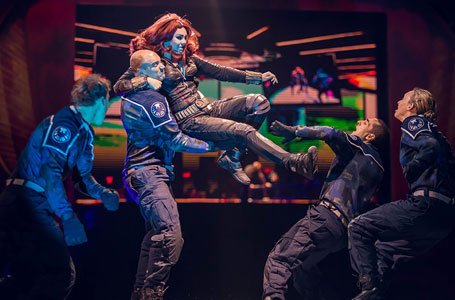 Marvel fans of all ages can see the most Marvel characters ever assembled in one production in Marvel Universe LIVE! at Royal Farms Arena in Baltimore, December 10 - 13, 2015. (Photo courtesy/Marvel)

Julie Matolo is a dedicated performer who found her niche, thrilling comic book and movie fans of all ages at venues around the United States and Canada seeking action-packed entertainment. 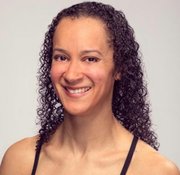 In April of 2015, Matolo began to help audiences escape from the daily grind, while taking them on an exhilarating journey performing in Marvel Universe LIVE!— Feld Entertainment’s newest and largest show.

Along with an assortment of cast members who transform into favorite Marvel Super Heroes such as Spider-Man; Iron Man; Hulk; Thor; Captain America; and Wolverine; Matolo is eager to wow audiences December 10-13, 2015 at the Royal Farms Arena in Baltimore. Matolo currently portrays Marvel character, agent Maria Hill in the show that includes special effects, stunts, motorcycles and martial arts and the most Marvel characters ever assembled in one production.

“All of the characters are true to Marvel as far as their voices, personality, costumes and colors but the storyline is an original storyline for the live show and so it’s not repeating any movie that you’ve already seen. It’s its own two-hour story,” Matolo said.

The family-friendly adventure is framed by a battle over a Cosmic Cube. Since this source of ultimate power is one of the most feared and coveted treasures in the Marvel Universe, The Mighty Thor shattered it into pieces to prevent it from falling into the wrong hands. Super Heroes who make appearances in Marvel Universe LIVE! track the Cosmic Cube, while encountering Loki; Green Goblin; Doctor Octopus; Red Skull; and Electro, as well as additional adversaries who team up on a quest for the same fragments, while seeking to achieve world domination.

Matolo’s one-of-a-kind performance job materialized after she auditioned for Disney Live! as a dancer for three or four years in Chicago. The Feld Entertainment casting crew later recommended that Matolo audition for Marvel Universe LIVE! which strongly aligns with her tumbling, dance and acting talents.

“I love traveling and performing and meeting people. Every attempt to figure out what career choice I was going to make has prepared me for this,” Matolo said happily.

Matolo earned an athletic scholarship for gymnastics from the University of Iowa. She graduated with a B.A. in Journalism and a B. S. in Health Sciences and worked in the journalism and health sciences fields, prior to working as a dancer and children’s instructor of gymnastics, dance and acting.

For Matolo, dancing became a hobby in her twenties, before she realized that it was possible to have career in entertainment and the arts. While in Chicago, Matolo worked with a funky jazz company called the Joel Hall dancers. As a freelance dancer, she also opened as a principal dancer for Babyface, Musiq Souldchild, Teena Marie and Toni Braxton. During a period of transition, Matolo worked full-time during the day and danced full-time at night, before deciding to exclusively pursue an entertainment career.

“I have parents who are immigrants to this country [from Africa and Northern Europe] and the dream and the pressure to get a job where you have stability is the major thing— to be okay in the U.S. I understand that belief and there is just a big transition for me figuring out how I could be an artist and performer, and at the same time survive as far as my adult responsibilities, my financial responsibilities and just balancing it all at the same time,” Matolo said.

A rewarding part of her work in Marvel Universe LIVE! is observing children who attend the show light up with wonderment.

“We have to know that the next generation is going to have a growing imagination also, so we can keep telling stories to everyone!” Matolo said.

Tickets for Marvel Universe LIVE! are available from Ticketmaster outlets: www.ticketmaster.com or by phone at 1-800-745-3000.